The Real Being Shines

The student asks a question to the guru about how the infinite self can be confused into thinking that it is a limited being confined to the body, mind and intellect.

The student asks a question to the guru about how the infinite self can be confused into thinking that it is a limited being confined to the body, mind and intellect. The guru answers in Sri Adi Sankaracharya’s Vivekachoodamani: the understanding that one is a limited being is only a delusory thought. When this delusory thought is gone, since the thought and the consequent feeling is unreal, it automatically ceases to exist. 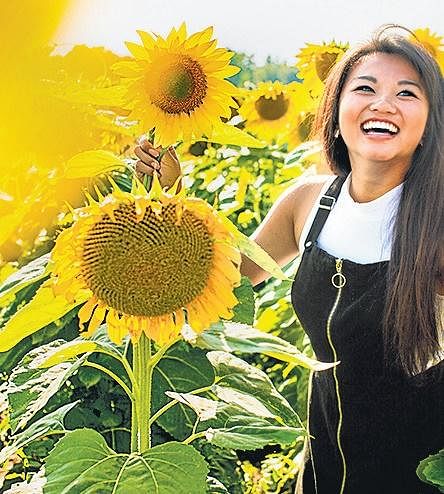 The limited identity is real as long as the delusion prevails. The wrong thinking itself is because of an expanded erroneous perception born out of a laziness to think with clarity. The Acharya gives the example of the famous snake and the rope. The rope seems to be a snake only at the time of the delusion. When that confused thought goes away, there is no snake perceived.

The master continues to say that though this ignorance of the self and the resultant effect that “I am this body” has no beginning, the moment knowledge rises, this ignorance simply drifts away. Just as on waking, the dream is completely gone lock, stock and barrel, in the same way, the ignorance too vanishes.

This wrong notion about one’s limitation will go only with attaining the true knowledge of oneself and not by any other means. The books of knowledge say that the right knowledge means to see the oneness of the Brahman and the Atman, the collective consciousness and the individual consciousness. It goes not because it is understood as a thought in the head, but a living experience of its oneness. This is called complete knowledge.

The water in the lake can be extremely pure, but it may be covered at times by a layer of green moss. When the one who seeks good drinking water just pushes the moss a bit, he can easily lift handfuls of water to quench his thirst. In the same way, when the impurities of mind such as desire, anger, hatred, jealousy, arrogance and greed are pushed away, the pure water of consciousness is visible in every individual.

So the constant effort of every individual seeking liberation is to call back all the thoughts that give reality to what is not the truth. The real being simply shines clearly. When the idea of the individual ego and other objective thoughts associated with it are removed, the self alone shines in all its glory.

Stay up to date on all the latest Magazine news with The New Indian Express App. Download now
TAGS
spirituality