Stewing in cultural juices: The chefs of the past reflect the multicultural culinary mosaic of India

Many culinary experts argue that the ishtoo is a Mughal interpretation of the bland British stew, which Shah Jehan spiced up.

Anam Hassan’s mother gave her a secret weapon—a unique mutton ishtoo cooked in her Mughal aristocratic household once upon a time. India is the land of the multi-avatar stew, the simplest of complex dishes to grace any table. There are as many kinds as there are spellings: ishtoo, ishtu, ishtew, stoo—made with diverse kinds of flesh like beef, lamb, goat, chicken, and game. The ishtoos of Rampur, Lucknow, Bhopal, Bengal and Kerala differ in colour, taste and texture.

The main difference between Kerala ishtu and the ishtoo is the base—the former’s is coconut milk and coconut oil, and the latter’s is onion and ghee. Their commonality is mildness of flavour. The ishtoo uses whole spices such as cloves, cardamom and nutmeg. It has definite texture and aroma, with its grainy feel of minced onion and the scent of subdued garlic. The Kerala stoo smells of coconut and sliced onion; its non-vegetarian version is thicker and heavier to consume. In both stews, the meat is served on the bone.

An enduring gift of Indian royalty is food. The recipes were guarded as zealously as a eunuch protecting a harem. The Delhi Sultanate is the sous chef of Mughal cuisine, which absorbed influences from Persia, Afghanistan, Kashmir, Punjab and the Deccan. Rampuri cuisine is subtle and refined, since saffron and other spices are used sparingly.

So is oil. The Rampur mutton stew, born in the kitchens of the Nawab of Rampur in Uttar Pradesh, has the subtle fragrance of mutton slow-cooked with mild dry red chillies, black peppercorn and black cardamom, bay leaves, cloves, seeds of coriander and cumin, with the powders of nutmeg, mace and cinnamon. Curd is commonly used in its preparation.

The cuisine honours Indo-Islamic gastronomy by borrowing from and adapting Awadhi, Mughlai, and Afghani cuisine that shares similarities with the dishes of Delhi, Meerut, Muzaffarnagar, and Shahjahanpur—a reason why ishtoo is commonly mistaken for a purely Mughal dish. “The Mughal cuisine in restaurants, including in Old Delhi, is radically different from what we cook at home. Restaurant food is heavy on oil and spices, and is very rich,” Hassan points out. Awadhi preparations use kevda, ittar and rosewater since the chefs gave equal emphasis to fragrance and flavour.

Indo-Islamic cuisine is a great gastronomic mosaic, ranging from Kerala, Hyderabad to Central India. The cuisine of Bengal, which is strongly influenced by its Islamic and colonial past, has its own version of stew—the mutton white stew as mentioned in Rakamari Amish Ranna, the famous Bengali cookbook by Renuka Debi Choudhurani. The bones are blanched to ensure that the gravy is white. Instead of coconut milk, cow’s milk is used in the making of this white stew.

Many culinary experts argue that the ishtoo is a Mughal interpretation of the bland British stew, which Shah Jehan spiced up. The stews of India are enough to demonstrate its eclectic culture, which has absorbed and reinvented outside cuisines as its own.

Mother of all menus

Almost everyone worth their sheermal in Delhi 6 has a Mughal story. With Lal Quila close by, many people from faraway countries who worked in the Mughal emperor’s kitchens lived with their families in areas surrounding the seat of power.

The descendants of the rulers now plunder family cookbooks to purvey “the authentic flavours of Mughal cuisine,” which Anam Hassan of ‘My Mughal Roots’ had savoured while growing up in her family home near Jama Masjid. She reveals, “My mother is a direct descendant of the Mughals and she has a number of hidden recipes, which are not served in restaurants.” 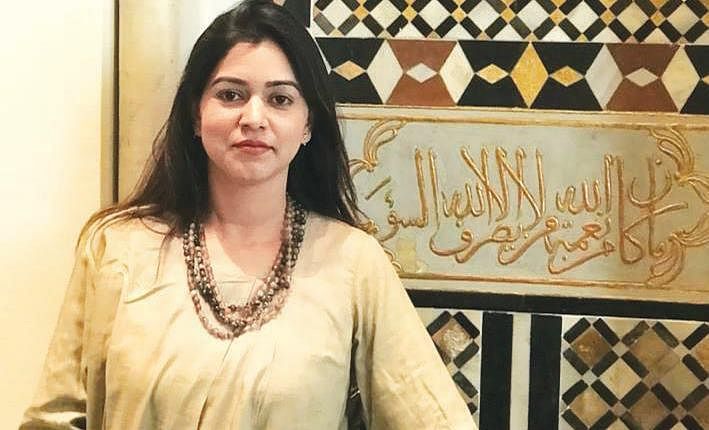 The Indian family eats together to stay together. Food was an integral part of Hassan’s upbringing and now her daily life, with 20-odd family members eating every meal together, despite keeping separate kitchens and households. To this day, the women of the house, under the able leadership of Hassan’s mother, cook every meal by hand. The dishes are meat-heavy keeping with family tradition.

“My grandfather, who was a freedom fighter, told us dastarkhan wasi hona chahiye— anyone who visits our house should not leave without having eaten. Food is the bedrock of our family home, the focal point of most conversations, and in some ways, blurs gender roles since the men of the house often chip in,” says Hassan.

She had never cooked a meal until she married Dhruv Sangari, an eminent Sufi vocalist, composer and avid foodie. He argued that her family’s rich culinary heritage is meant to be shared. It was not till December of 2020 that she took the big step and launched My Mughal Roots. Hassan changes her weekly set menu. There is something new every time. Popular dishes are repeated on request.

The menu always has a meat gravy-based dish, a couple of bread options sourced from Old Delhi, a rice dish variant of the Delhi-style biryani, a dessert and an optional side. Though the fixed quantity meant to serve two, she has a generous hand.

Method:
● Sautee onions in a generous amount of oil, nearly one cup
● Once the onions are softened, add all ingredients and meat
● Add half cup of water if needed
● Stir and pressure-cook with one whistle
●The real trick is to bhuno, which means until oil separates and the sauce containing spices and onions caramelised

Now we are on Telegram too. Follow us for updates
TAGS
Mutton ishtew Mutton ishtoo