Has the withdrawal of Rs 500 and Rs 1,000 notes caused any inconvenience to you and your family?

From ‘some hiccups’ to ‘no problem at all’

The confusion after the sudden move to demonetise the two most popular banknotes has been well-documented through detailed reportage over the days since that November 8 night. The largest bloc that comprises over 42 per cent chose the second option, that they faced “some inconvenience”. This is a finding that could be interpreted either way — that there was only “some” inconvenience, or as a struggle for the people with stress on the inconvenience aspect.

The reaction was the sharpest in Telangana where more than 44 per cent said the move had caused them a lot of inconvenience. The feeling is similarly strong in Tamil Nadu and Kerala too — 37 per cent. 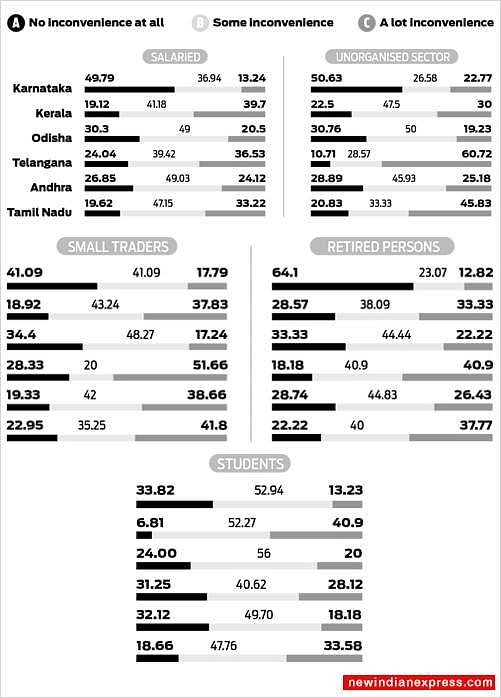