KOLKATA: Non-bailable charges under Section 153A (promoting enmity between different groups on basis of religion, caste, creed, language or place of birth) have been pressed by the West Bengal government against Zee News editor Sudhir Chaudhary, West Bengal correspondent Pooja Mehta and cameraperson Tanmay Mukherjee for their coverage of Dhulagarh riots in Howrah district of West Bengal. 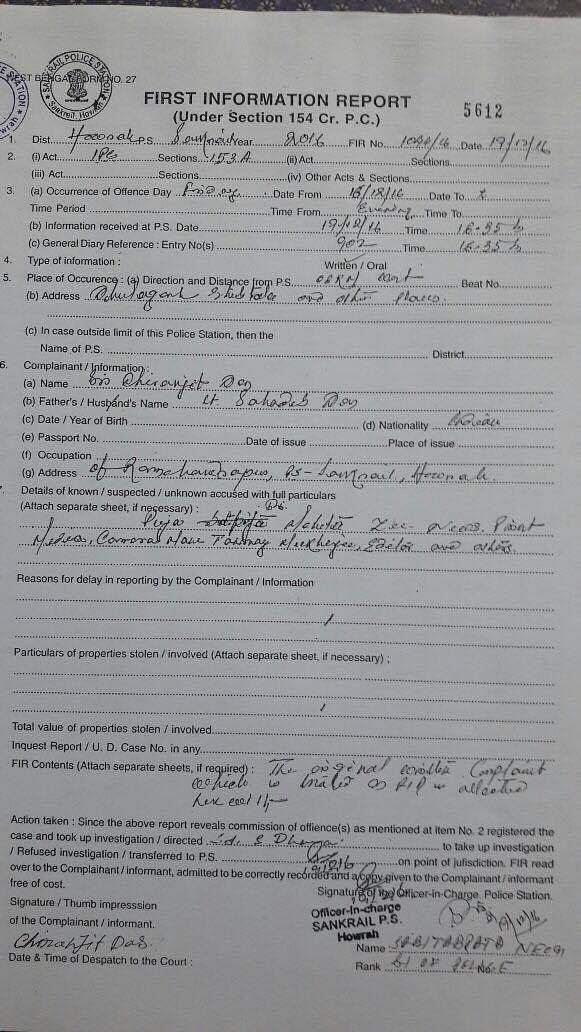 The West Bengal government and the media houses in the state strictly believe that reporting on the recurring communal clashes in the state would aggravate the tensions and lead to further clashes. Not many Bengali or English media based in the state have reported on several riots that occurred in the state in the past few months.

The Zee News editor has taken to the twitter and facebook to protest against the charges brought against the media house for their coverage. “When you can’t manage media, use the state machinery to conquer the media only to conceal the failures of your administration. It shows the intolerance of a chief minister who is using the state machinery as her personal fiefdom and acting like a feudal lord,” he wrote on the facebook.

Though the Sankrail Police Station has not confirmed filing FIR, a copy of the same is available with the Express.

“We register over 30 FIRs on a daily basis. We can’t distinguish which are related to Dhulagarh,” a police official in Sankrail Police Station said.

Sudhir Chaudhary has also suggested an independent media group to visit Dhulagarh to understand the tense situation on the ground. However, no mediapersons are allowed to enter Dhulagarh. The town has been barricaded off and is under heavy security cover after communal violence erupted between two communities on Milad-un-Nabi or birthday of Prophet Mohammad PBUH on December 12.

Meanwhile, twitterati has taken to hashtag #EmergencyinBengal to come out strongly  against the action taken on Zee Media and have compared the action with one-day ban on NDTV for their coverage of Pathankot attack.

Now we are on Telegram too. Follow us for updates
TAGS
West Bengal Howrah Zee News Sudhir Chaudhary Dhulagarh riots