Improving the quality of expenditure has been indicated as important for achieving sustained fiscal consolidation, it said.

NEW DELHI: Government will be able to achieve the fiscal deficit target of 3.9 per cent in the current fiscal, but containing it in 2016-17 will be a challenge on account of additional outgo towards 7th Pay Commission and a slowing global economy.

The government has pegged the fiscal deficit at 3.5 per cent of GDP for the next fiscal. 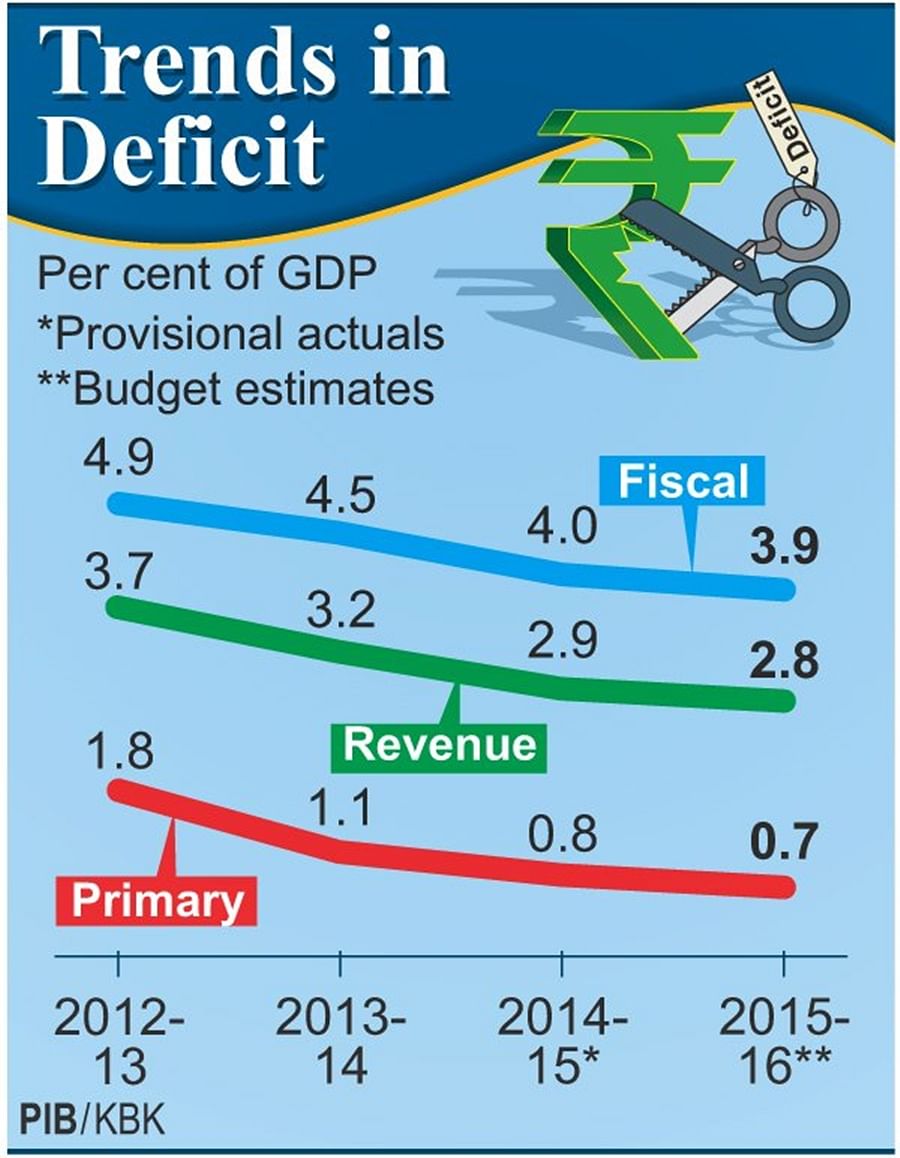 "The coming year is expected to be a challenging one from the fiscal point of view. The chances of India's growth rate in 2016-17 increasing significantly beyond 2015-16 levels are not very high due to the likelihood of persistence of global slowdown," said the Economic Survey for 2015-16 tabled in Parliament by Finance Minister Arun Jaitley today.

As per the Survey, the economy is expected to see a growth of 7-7.75 per cent in 2016-17 while the government estimates GDP to expand by 7.6 per cent in the current fiscal.

"Further, the implementation of the Pay Commission recommendations and the One Rank One Pay (OROP) scheme will put an additional burden on expenditure. Improving tax

Improving the quality of expenditure has been indicated as important for achieving sustained fiscal consolidation, it said.

For the current fiscal, it added that the fiscal deficit target of 3.9 per cent seems achievable.

"This assessment is based on pattern of revenue and expenditure in the first 9 months of the current financial year in spite of the challenges posed by a lower than projected nominal GDP growth," it said.

A significant increase in revenue receipts, led by buoyant indirect tax collection, higher level of capital expenditure on the plan side, lower level of subsidies and enhanced untied resources transferred to states following the acceptance of recommendations of the 14th Finance Commission are some of the salient developments of the fiscal performance in 2015-16 so far, the Survey said.

The performance of indirect taxes in the first 9 months indicates that the budget estimates are likely to be achieved and possibly exceeded, partly on account of measures taken by the government to enhance revenue by raising excise duty on petroleum product, it said.

Besides, several major steps were also taken on both indirect and direct taxes in 2015-16, according to the report.