In order to take advantage of the democratic dividend and meet growing aspirations of those entering the workforce, the economy needs jobs that are good, safe, productive and well paying," as per the 2015-16 report card of the state of the economy tabled by Finance Minister Arun Jaitley in Parliament today. 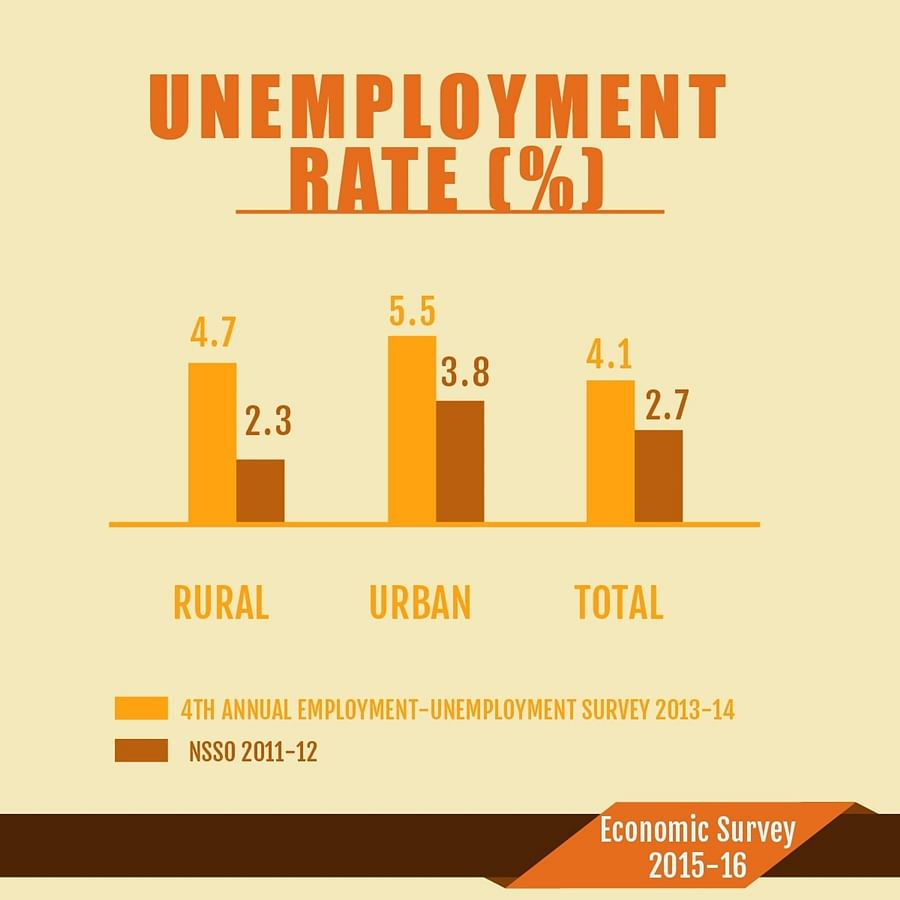 Two obstacles to formal sector jobs creation are regulation-induced taxes on formal workers and spatial mismatch between workers and jobs.

"Meeting the challenge ahead will require more of such ingenuity, and the private sector, state governments and the Centre will all have important roles to play," it added.

The survey noted that there has been an increase in use of contract labour. The number of contract workers has increased from 12 per cent of all registered manufacturing workers in 1999 to over 25 per cent 2010 as firms' just wanted to boost their production without facing any kind of labour unrest.

It also suggested that productivity in the apparel sector can be substantially improved by relocating capital from less productive to more productive firms.

"To boost economy the centre has to ensure that labour regulation is worker-centric, by expanding workers choice and reducing mandatory taxes on formal sector employment," the survey said.