JALANDHAR: Until sometime ago, numbers such as Putt jattan de and Tu jatt di pasand were topping the Punjabi charts, blaring away at functions and from the jeeps of Jat boys. But they are now being challenged by their Dalit counterparts, a symbol of the community’s rising political clout. 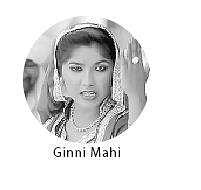 Dalit singers are also in demand for the upcoming Assembly elections in the state. To cash in on the 38 per cent Dalit population in the state, which is the highest in the country, political parties are roping in the singers from the community to sing for party rallies, especially in the Doaba region. Paramjit Singh Kainth, president of the Punjab Chamar Mahan Sabha, said, “Parties are approaching the artistes to sing at rallies and the trend will increase. Parties feel that our community has a strong identity and our singers are making waves.”
The recent resurgence among Dalits in Punjab in the last decade has slowly brought about a change in the song lyrics. It represents the confident Dalit, fed on remittances in the Doaba belt.
The idiom of the new-age Dalit anthems cocks a snook at the traditional Jat-propelled numbers and makes no bones about the fact that the community has arrived. Songs such as Ravidassan di chandi and Panga na le chamara de nal have an underlying warning for the upper castes.
Teenage sensation Ginni Mahi, may not be the first to sing about Dalits, but this leather-jacketed, wiry girl demolished all stereotypes with her album Danger Chamar.
The thread of Dalit pride also runs through the songs of Satwinder Singh Azad, 50, an employee of Punjab State Power Corporation. Azad been singing since the late 80s but now, many political parties are approaching him to sing Chamar songs at their rallies.