BHOPAL: Believe it or not, but a toilet located in the ISO-certified Katni district collectorate premises of Madhya Pradesh has turned into a storehouse for the safe-keeping of books detailing the innovative schemes of the Shivraj Singh Chouhan government.

At least three toilets in the complex in the district collectorate in Katni (370 km from Bhopal) abound with stocks of books titled ‘Madhya Pradesh: Navacharon Ka Samman.’ The books published by state’s department of public relations (DPR), bearing pictures of Chief Minister Shivraj Singh Chouhan on the cover page, detail various projects undertaken by the BJP government in the state. 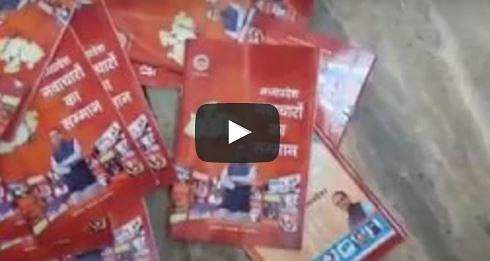 These books had been published to be distributed to different government departments for popularising the ideas initiated by the state government.

Katni district collector Vishesh Gadhpale said the matter has been taken seriously and a probe has begun.

“These books were published by the department of public relations for distribution to other departments. We’re trying to ascertain who put the stocks of these government books in the unused toilet. It's possible that the books would have stored there as the toilet is not in use now,” said Gadhpale.