Dzuluk’s hope: When the soldiers leave, the tourists will come

For this village 10 km from the border with Bhutan, the Sino-Indian ‘disengagement’, whenever it is effectively completed, will mean a return to a normal life.

DZULUK (EAST SIKKIM): For this village 10 km from the border with Bhutan, the Sino-Indian ‘disengagement’, whenever it is effectively completed, will mean a return to a normal life of catering to the Bengali tourists who come during the Puja season.

For now, Dzuluk is a ‘base camp’ of sorts for the troops trucked up from the Kalimpong cantonment. Here they acclimatise to the high-altitude weather before they are sent further up to the Doka La plateau where the two Asian neighbours staged their 72-day staring contest. 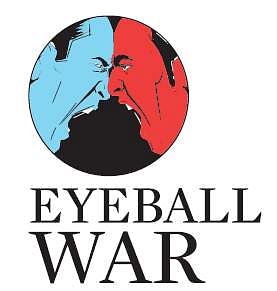 It’s quite a postcard village of 70 households some 32 of which double up as homestays for the tourists. Located 9,500 feet above sea level, it’s a pit stop on the Silk Route, connected to the nearest village of Gnathang, 22 km away, by a winding road with 32 bends.

During the stand-off, the breathtaking beauty of Dzuluk stood aside as India and China sparred. Situated 88 km from Kalimpong army cantonment and 35 km from Doka La at a lower altitude, it was an ideal point for acclimatisation of jawans moving to Doka La. Should ever hostilities break out, the village would be a key staging ground for Indian army operations.

Dzuluk had to do its bit for the Doka La cause although its populace would much have preferred to prep up for the Puja season ahead. Facilities in the local army hospital were revamped, doctors were dispatched from Kalimpong and concertina wire was strung out around the army helipad to keep the locals out.
“We did our bit too,” said Bimal Subba, a Border Roads Organisation (BRO) worker. “Our youngsters donated blood for storage in the local hospital should any emergency arise at Doka La.”

The year had not been good for Dzuluk when China kicked off its eyeball war up there. First there was the Gorkha strike that choked off supplies and tourists from Kalimpong and Darjeeling. And then the border tension with China which brought soldiers in by the truckload. “Now, we are hoping the Bengalis will visit Dzuluk again during the Durga Puja,” said homestay owner Kamini Pradhan (name changed).
When the tourists stopped, the 306 residents of Dzuluk had the BRO’s road construction work to fall back upon. There was plenty of work though as the army repaired roads and communications damaged in monsoon landslides.

While a day’s MGNREGA work — which lasts a maximum of 100 days — fetches the Dzuluk residents around `267 per day, they are paid `11,600 per month for BRO work. Men and women are picked up by BRO dumpers at around 7 am and dropped back at 4 pm.

Despite it being only a standoff, there was talk of war occasionally and anxieties crept up on the villagers. The soldiers said that in the event of hostilities breaking out at Doka La, women, children and the elderly would be evacuated first and the young men retained to work as porters to carry munitions and supplies. Dolma Sherpa (name changed), a 48-year-old BRO worker, said she spent sleepless nights. “How could we have left our men to be cannon fodder to the Chinese Army?”

Many of the Dzuluk residents have relatives in Bhutan, and therefore were appreciative of India standing up for the neighbor against China. One resident Nima Lama even attempted a joke in the midst of the tension: “We have a proverb that the Royal Bhutan Army grabs a tree when a mild breeze blows.”