Alipurduar resident Madhu Sarkar, who worked in a saw mill in Gujarat’s Ankleshwar, was allegedly lynched by a group of drunken men on the night of December 24.

KOLKATA: Christmas-eve saw the death in Gujarat of a third migrant labourer from Bengal this month, weeks after the brutal murders of Malda’s Mohammad Afrajul Khan in Rajasthan’s Rajsamand district on December 6 and Bankura’s Hemanta Roy Bagdi in Kerala’s Alappuzha district on December 10. 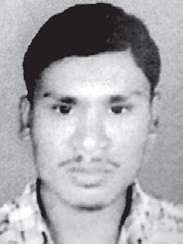 Alipurduar resident Madhu Sarkar, who worked in a saw mill in Gujarat’s Ankleshwar, was allegedly lynched by a group of drunken men on the night of December 24. The 20-year-old had spoken with his mother just before the attack.

“I was speaking with Madhu over the phone on December 24 when I heard some screams from his end. I asked him what the shouting was about. He told me some drunk men were screaming on the road. Soon after, the line got disconnected. I sensed something dangerous but could not contact him despite trying repeatedly,” the victim’s mother, Mala Sarkar, said.

The victim’s Gujarat-based uncle, Sagar Munshi, informed Mala about Madhu’s death on Tuesday evening, after which she lodged an FIR with Alipurduar police. Munshi is on his way back to Alipurduar with the body. He is expected to reach by Wednesday evening. North Bengal ADGP Siddhinath Gupta said an investigation has been started.