Indian Space Research Organisation will replace US-owned GPS with NavIC in the future.

CHENNAI: Indian rocketry is set for another makeover. Indian Space Research Organisation (ISRO) has taken a decision to replace US-owned GPS with NavIC (Navigation with Indian Constellation) in all future missions for Navigation, Guidance and Control (NGC). 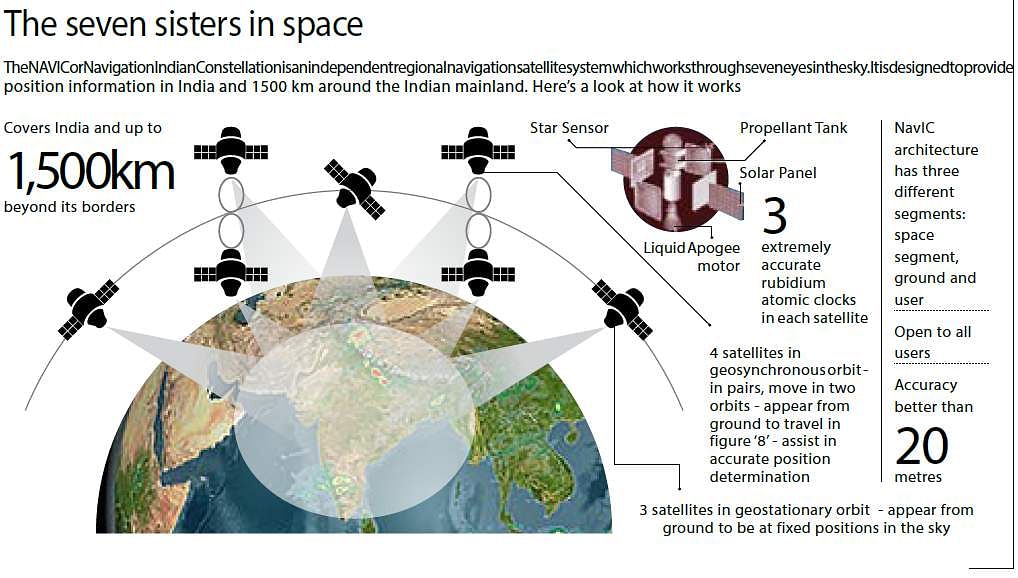 The NGC is the brain of the launch vehicle responsible for directing the propulsive forces and stabilising the vehicle along the desired path to achieve the orbit with the specified accuracy. It also defines the optimum trajectory in real time to reach the specified target and steer the vehicle along the predefined path and inject the spacecraft into the mission targeted orbit.

Speaking to the Express, Tapan Misra, Director of Ahmedabad-based ISRO’s Space Applications Centre (SAC) said it would be a major step towards having 100 per cent indigenous technology in building and launching the rockets. “From now on, NavIC receiver would perform the key role and GPS receiver would be kept on standby. The NavIC receiver developed by SAC can receive signals from both IRNSS and GPS satellites,” he said.

In December 2016, NavIC receiver was flight tested in ‘piggyback’ mode onboard PSLV C-36 mission and later  for the first time given active role navigating PSLV C-38 that launched Cartosat-2 series satellite along with 30 other co-passenger satellites in June this year. The desi navigation technology has performed well giving ISRO scientists confidence to completely replace GPS with NavIC.  Besides, Tapan Misra said, SAC has newly developed miniaturised processor, which is smaller and powerful than Vikran processor.