How did the top politicians spend the wait ahead of crucial election results to five State Assemblies? We take a look at how they prepared to receive the people’s verdict.

Big question: How to celebrate victory?
If Prime Minister Narendra Modi spent half his day in Parliament engaging with the legislative agenda, the other half he spent at Lok Kalyan Marg, going through poll reports.

As BJP remains confident, the PM’s said to have reviewed the exit poll coverage in various channels. He’s said to be planning to visit all the States which  the BJP wins.

Silence after an unexpected proposal
A day after creating a flutter with his statement, opening the door to a possible truck with the BSP in case of a fractured mandate, Akhilesh Yadav chose to keep away from the public glare.

He remained confined to his residence on the eve of result day, spending time with his MP wife Dimple and their three kids. In the evening, he came out to meet some of his cousins and also spent some moments with his coterie of poll advisers and confidants 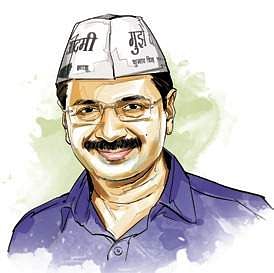 Confident, but stays away from Punjab
The eve of results was just another day in the office for AAP boss Arvind Kejriwal. With the Delhi Assembly in session, he spent half the day there, and then went over to his constituency for a Q&A session with his constituents.

The Delhi CM had an active day, but conducted no parleys with his party functionaries in Punjab. At the same time, he looked confident of his prospects in both Punjab and Goa. The AAP chief said his plans to go to Chandigarh depends on the results

Trashes exit polls, remains optimistic
Congress Vice President Rahul Gandhi was at Parliament till lunch. He openly pooh-poohed the exit poll results while predicting a win for the ‘SP-Congress’ combine. Unlike other leaders, Congress Vee Pee spent his post-lunch hours catching up on pending work and not reviewing the elections.

Since he was away on campaign most part of the last two months, he spent time holding meetings on the upcoming J&K by-polls and organisational issues of Assam 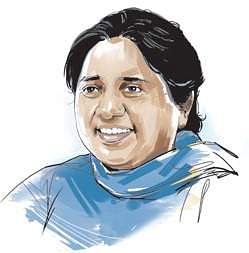 Personal calls to district-level functionaries
The BSP chief as usual remained inside her palatial bungalow at Mal Avenue in Lucknow. She did not meet any of her party functionaries but took feedback about her party’s prospects from her cadre from all the districts across the State, calling up each of them herself.

She gave instructions to her partymen to stay put in their respective districts on result day to monitor the process keenly. Her senior commanders, of course, conducted meetings of functionaries at the party office in the State capital

Now we are on Telegram too. Follow us for updates
TAGS
results Uttar Pradesh Punjab Goa Manipur Uttarakhand