The BJP’s landslide victory in Uttar Pradesh has proven even the best of the pro-BJP electoral forecasts wrong.

The BJP’s landslide victory in Uttar Pradesh has proven even the best of the pro-BJP electoral forecasts wrong. The 40 plus percentage of vote share that it got along with its allies demands an analysis of the prime determinants that catapulted it to a overwhelming victory after one and a half decades. Four issues merit attention, namely:  demonetisation, development and welfare, leadership and worrying candidate profiles.

Let’s take them one by one.

Demonetisation: Contrary to the BJP’s claim, demonetisation wasn’t a positive factor in its impressive victory. Party strategists were so worried about its negative bearing that one found a complete absence of the issue in all PM Narendra Modi’s speeches.

The leader’s statements and press releases throughout the campaign did not mention the issue as a chief electoral plank. The party was seriously worried about a probable negative reaction, as most of its voters are upper castes and Banias. It even sent them feelers by promising agrarian and tax-related dividends. 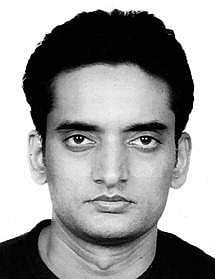 Development and welfare: On this parameter, BJP simply failed to encircle Akhilesh Yadav-led Samajwadi Party,  as the latter was popularly perceived as having an edge in the State even by core voters of BJP and BSP.

Specific measures like starting of ambulance services for remote areas, special policies for the girl child and female students, massive revamping of Rural Housing schemes like ‘Adarsh Lohiya Gram Yojna’ along with focus on public transport and link roads seemed to give SP an edge.

Leadership:  The issue of leadership, which unequivocally went in favour of Akhilesh Yadav and his positive image, became a worrying factor in the electoral strategy for BJP and BSP. Akhilesh’s extempore and witty speeches and a soft but deterministic image after the Samajwadi family feud were apparently more popular than that of Modi and Mayawati. All surveys gave him an edge over other leaders.

Candidate profiles: BJP faced the biggest challenge of rebel candidates. Also, its practice of declaring the final candidate at the last moment, unlike regional parties, played a part. The charges of fielding parachute candidates over locals was a ticklish issue in Bihar as well as in Uttar Pradesh.

The crucial question therefore is: how did the BJP win such a landslide mandate despite being on a sticky wicket?

The clue lies in the three dominant characteristics of the social base that the party focused on meticulously. The upper castes, post-2002, had become swing voters.

They consolidated behind the party after its capturing the ‘winnability quotient’ after 2014. In fact, after the ugly episode of BJP Rajput leader Dayashankar Singh’s remarks on Mayawati and the equally vulgar and abusive response by BSP leaders targeting his wife and daughter, and BJP fielding his wife as a face to counter Mayawati clinched the win.

Second, this election also witnessed the dilution of traditional Brahmin-Thakur electoral rivalry in favour of BJP. Also, the Banias, the core social base, despite being at the receiving end of demonetisation, ended up voting for the BJP, albeit reluctantly. Thus, BJP, barring few exceptions, got its 20 per cent plus core voters (upper castes and banias) intact despite not investing much.

BJP didn’t field a single Muslim candidate despite the community constituting more than 19% of the total electorate. A close analysis would also reveal that the party also didn’t invest much on Dalits, both Jatavs and Non-Jatavs, except for fielding non-Jatav candidates in constituencies reserved for them. In fact, BJP organised systematic rallies and meetings for OBCs, youths, women and farmers except Dalits. This left the BJP to focus on the largely loose but the biggest social constituencies, namely, non-Yadav OBCs, who according to various estimates constitute around 35% of the State’s electorate.

One must note that even in the heydays of the Mandal agitation in the early 1990s, when the OBCs and upper castes were at loggerheads, the leading and militant faces of BJP’s Hindutva over Ram Temple issue were from non-Yadav OBCs, like Kalyan Singh (Lodh), Vinay Katiyar (Kurmi), Uma Bharti (Lodh) etc.

These non-Yadav OBCs suffer from a triple-deprivation syndrome. They feel under-represented in OBC-centric parties like Samajwadi Party and Dalit-centric party like BSP, leading to jealousy towards Yadavs and contempt against Dalits, making them open to align with anyone who makes them feel represented.

The success of the BJP lies in tapping this social constituency of non-Yadav OBC quite meticulously. In fact, the party organised 200 “Pichhda Varg Sammelans” (OBC Conclaves), one for each two Assembly constituencies, targeting the non-Yadav OBCs throughout the State.

This measure was followed by fielding them in significant numbers. Besides, the dominant image of SP as a pro-Yadav and pro-Muslim party and the BSP’s exclusive focus on Muslims ended up alienating non-Yadav constituencies from the SP and BSP, making BJP all the more appealing. The desertion of veteran non-Yadav OBC leaders, like Swami Prasad Maurya, before the election took away from the edge of BSP.

The triad of upper castes, Banias and non-Yadav OBCs failed to catapult the BJP in Bihar due to their limited demographic numbers. But this clinched the deal for BJP in UP as the numbers were working in its favour despite facing difficulties.