Biren read the pulse of the people in Manipur

Biren made his debut in electoral politics in 2002 when he got elected to the Legislative Assembly from Heingang constituency on the Democratic Revolutionary Peoples Party ticket.

GUWAHATI: A national-level footballer who was also the editor for a vernacular daily, Manipur’s BJP chief minister-in-waiting N Biren Singh seems to have both the intellect and panache that the hot seat demands.

One of Manipur’s first footballers to play outside the State, 56-year-old Biren was a key member of the Border Security Force team that won the Durand Cup in 1981. As a left-back on the football arena and the editor of the daily Nahorolgi Thoudang, he knows the value of teamwork too, a quality that saw him through in the political arena. 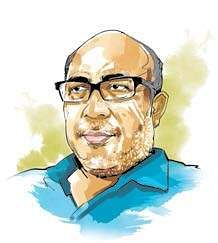 Biren made his debut in electoral politics in 2002 when he got elected to the Legislative Assembly from Heingang constituency on the Democratic Revolutionary Peoples Party ticket. However, a year later, he defected to the ruling Congress. The then chief minister Okram Ibobi Singh, who incidentally went on to serve for three terms, roped in the services of Biren by making him a Minister of State. But for reasons unknown, he fell out with Ibobi last year and resigned both from the Assembly and the party. Later, he joined the BJP, which duly rewarded him by appointing him as a spokesperson and co-convener of the party’s election management committee.

Not many people in Manipur were optimistic about the BJP’s poll prospects, but having spent his life in the Imphal Valley, Biren could read the pulse of the people.