Deep Tyagi, as he was popularly known, was an Assistant Commissioner for the Indian Family Planning Programe until 1969.

The Swastika and the Om are not the only symbols that India has given to the world. The red, inverted equilateral triangle, emblematic of family planning across various nations, was also designed by an Indian named Dr Dharmendra Kumar Tyagi.

Tyagi was a crusader of the campaign under the Jawaharlal Nehru, Lal Bahadur Shastri and Indira Gandhi governments. The red pyramid now indicates family planning products and programmes in many developing countries like Ghana, Gambia, Zimbabwe, Egypt and Thailand.
The Ministry of Health on Monday launched the new logo for its 360 degree holistic family planning campaign, which features prominently the red triangle. 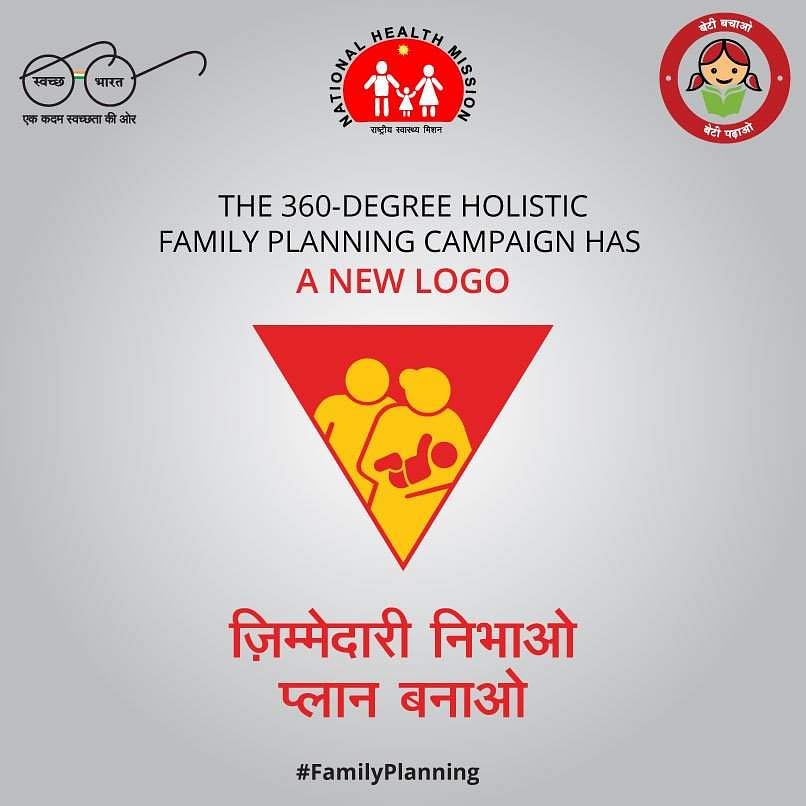 Deep Tyagi, as he was popularly known, was an Assistant Commissioner for the Indian Family Planning Programe until 1969. Tyagi came at a time when modern methods of contraception were virtually unknown in rural areas.

He used the red pyramid symbol extensively in his campaigns - painting it on rocks, billboards and sides of buildings with the slogan, “Do ya teen bas” (Have two or three children, that’s enough). The family planning message was also propagated through radio, folk songs and puppet shows.

The simplicity of the symbol made people from various sections of the country relate to the campaign and the vigorous marketing exercises conceptualised by Tyagi took the message to even remote rural areas.

In one innovative campaign, he chose an elephant (who he named Lal Trikon, meaning red triangle) to be a mascot. With financial help from his supporters, he decked up the elephant with red triangles and used it at various places to distribute pamphlets and condoms.

Tyagi, who was born in Ratangarh village of Uttar Pradesh in 1928 and died of cancer at the age of 41 in 1969, managed to design and direct a campaign in his short life that has outlived him by some five decades now. Though the number of children shown in yellow against the red logo has come down from “two to three” to one child now, Tyagi’s red pyramid has become a constant in the country’s fight against overpopulation.

As an Indian born and brought up in a village, he worked all his life to bridge the gap between family planning goals and traditional values of rural India.