Pakistani troops today opened fire from automatic weapons and shelled mortars at forward posts and villages along the LoC in Jammu and Kashmir's Poonch district.

JAMMU: Three Army jawans were today injured as Pakistani troops fired from automatic weapons and shelled mortars at forward posts and villages along the LoC in Jammu and Kashmir's Poonch district.

The Indian Army is retaliating effectively and the firing is still on, a Defence Spokesman said.

"Pakistan Army initiated unprovoked and indiscriminate firing of small arms, automatics and mortars from 0845 hours in Poonch sector along the Line of Control (LoC)", the spokesman said.

CLICK BELOW TO WATCH VIDEO | 3 jawans injured in Pakistani fire 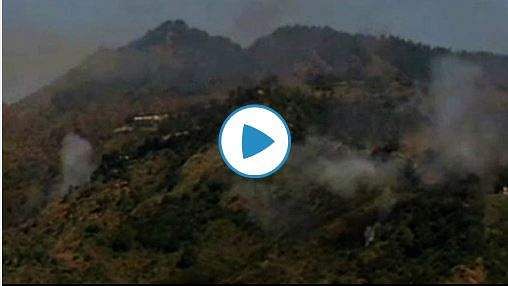 Yesterday, an Army jawan was killed when Pakistan Army violated the ceasefire along the LoC in Poonch.

On October two, two minors were killed and 12 civilians injured in cross-border shelling by Pakistan along the LoC in Poonch district.

Five children were among the injured, the youngest being five-year-old Zobia Kousar.

Now we are on Telegram too. Follow us for updates
TAGS
Jammu and Kashmir pakistan Poonch