The Goods and Services Tax (GST) Council introduced changes yesterday to give relief to small and medium businesses on filing and payment of taxes, eased rules for exporters and cut tax rates on more than two dozen items.

Ever since the media briefing on these slew of changes, the GST@GoI (askGST_GoI) the official handle of the government of India for queries on GST has been dutifully and promptly tweeting and replying to concerned citizens about these new reforms.

Out of all the tweets, what distinctly stood out the most was one saying "No."

Here's a snapshot of what happened at around 11:00 am on the GST official twitter handle. 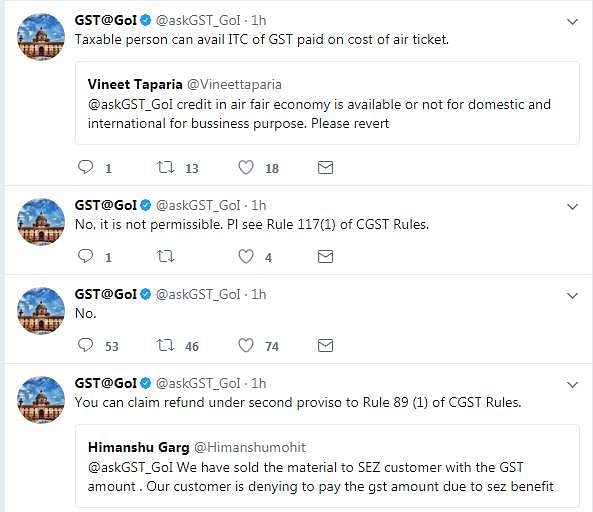 Nevertheless, it sparked off the imagination of Twitterati who began analysing, to humorous effect, what the 'No' was in answer to. Some of the best ones were related to current news, from the meaning of consent in rape cases (presumably alluding to the judgment in the Peepli Live director, Mohammed Farooqui, being acquitted recently of rape) to taking a swipe at the much-reviled move of demonetisation. Here are our picks. 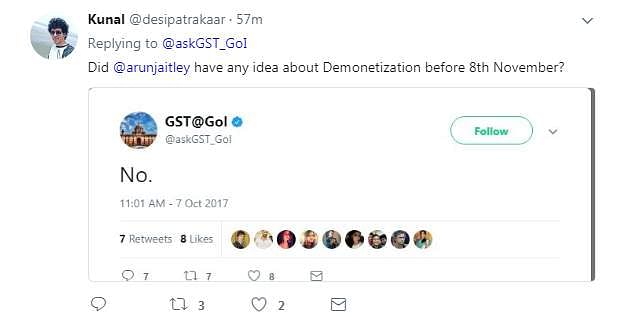 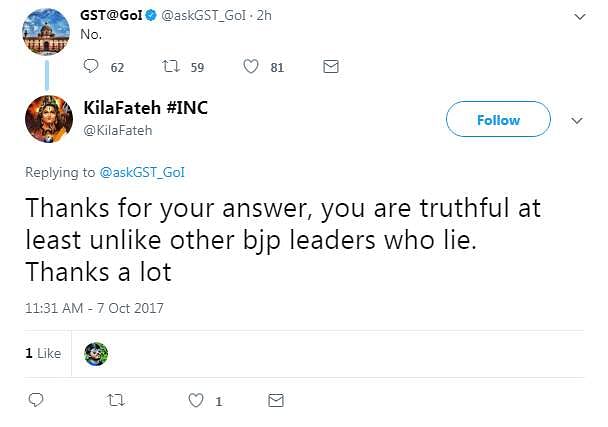 Two hours and almost 60 retweets later, the tweet is still there and everyone is curious about who runs the official handle of the government. 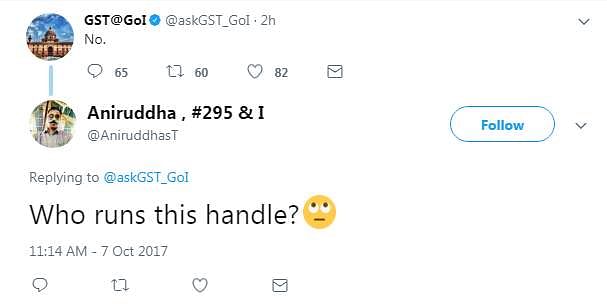