NEW DELHI: Instability in Kashmir is one of the defining internal security issue since independence. The Centre claims Pakistan based recruiters are finding sanctuary in the region, keeping the terror pot boiling on the streets with their new breed of recruits. The NDA government has been working on a multi-pronged strategy to address the issues and former Intelligence Bureau chief Dineshwar Sharma has come on board as Centre’s interlocutor at a critical moment.

At the same time, the National Investigation Agency (NIA) has tightened the noose against separatists, consequently choking the terror funding from Pakistan through calibrated operation. Sharma, a seasoned Intelligence operative, who served in Kashmir, wants to focus on de-radicalisation efforts in the Valley and neutralise the terror threat posed by the ISI and other sponsored terror outfits that remain diabolic despite continued efforts to crush them in the last couple of decades. He admits that the task of interlocutor is the biggest challenge he has ever faced on the national security canvas and would require diverse strategy, craft and courage. Sharma is likely to have a ready and running secretariat staff by the next week and is hopeful of visiting Srinagar in the first half of November.

Here are excerpts from the exclusive interview:

Pakistan influence’s and interference in the Valley at the moment is unprecedented. How as an interlocutor will you tackle it?
It’s going to be very challenging and difficult. I hope I’ll be in a position to tackle it and I expect that people of Kashmir will cooperate with me in bringing normalcy in the state.

Will your experience as an intelligence operative help resolve grey aspects of Kashmir’s problems?
Yes. I know Kashmir. I have met a lot of people from Kashmir. With those experiences I can say that experience earned during my tenure in Kashmir will help me understand and address the issues more effectively and efficiently.

Are you going to talk to everybody, including separatists?
I am ready to talk to all Indian citizens in Kashmir. Let me see who all come forward for dialogue. The main thing is that I have to address the problem, address the sentiment of people there. I will meet them and see what problems they bring forward. I’ll try to address everybody. 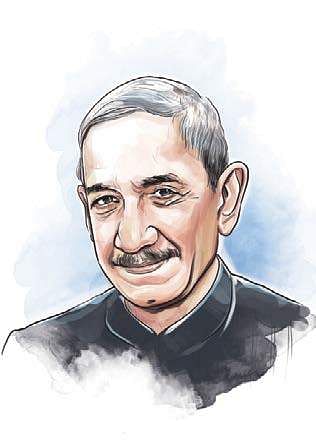 Will you talk to people facing charges of financing terror?
For me talking or not talking is not a question. The National Investigation Agency (NIA) probe against them will go on, and only the NIA can comment on that aspect. I don’t know who all are being investigated except that some of them have been arrested.

How do you prepare to counter the challenges of subversion, stone pelting and people’s anger on the streets of valley post, and Burhan Wani’s killing?
Addressing the whole Kashmir problem is a big challenge. Anger, discontentment and whatever is being fed from across the border, all put together is a big challenge. I’ll decide on the roadmap after meeting the people. I may consider some issues and overlook the others.

Will you target civil society groups to mobilise the masses for peace talks?
I’m confident of their support. I’m also certain about support from political and non-political groups.
All political parties are welcome to the talks.

How do you plan to neutralise the local terror recruitment?
If the situation improves and normalcy returns to Kashmir, recruitment of locals by the terrorists groups based across the border will stop automatically. Local recruitment started after Afzal Guru’s hanging and peaked after Burhan Wani’s encounter. Many issues will decided depending on response from people.

Did you have had a preliminary discussion with J&K Chief Minister Mehbooba Mufti?
I had called on her because after my appointment it was her first visit. We have not discussed any broad parameters for talks. The state government is a very important stakeholder in the whole process, and it’s  support will definitely be required to carry forward the peace process.

Will we see some changes on the ground in six months?
I’m very hopeful that some positive results will be seen in the coming months. I want to make the first visit to Kashmir as quickly as possible, though dates have not been finalised yet. I’ll form a secretariat team to
assist me.