Verma was arrested after an FIR was filed against him by a man over a certain 'vulgar' video that features his boss.

While entering the police station, the senior journalist said, "This is just tip of the iceberg."

On October 27, Vinod Verma was arrested by the Chhattisgarh Police in connection with extortion and blackmailing case from his residence in Indirapuram in Uttar Pradesh's Ghaziabad.

Verma was arrested after an FIR was filed against him by a man over a certain 'vulgar' video that features his boss. 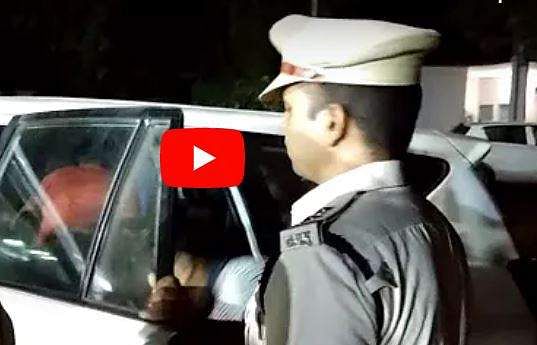 A day after he was arrested by the Chhattisgarh police, an FIR was lodged against the state Congress president Bhupesh Baghel and Verma.

Verma, who was arrested in connection with extortion and blackmailing case, had said that he has 'a sex CD 'of the Chhattisgarh minister.

"I have a sex CD of Chhattisgarh Minister Rajesh Munat and that is why the state government is not happy with me," he said.

Now we are on Telegram too. Follow us for updates
TAGS
vinod verma sex cd