$1.4 trillion. The epic size of India’s government debt invokes sheer terror for economists, policy wonks and credit rating agencies that even popular Hollywood thrillers like Exorcist, IT or Annabell

To rein in debt, in 2014, Finance Minister Arun Jaitley styled himself as a fiscal hawk. Over the past four budgets, he projected that his was a party to be remembered as the custodian of fiscal rectitude. But on Thursday, presenting his fifth Budget, he took recourse that it’s OK to live with the ballooning debt just for a while until tax revenues play catch up.

In other words, there’s a breach in the fiscal deficit which is polite but unmistakable. For FY18, the deficit will be 30 bps higher and will settle at 3.5 per cent of GDP (as against 3.2 per cent), while for FY19 the target is set at 3.3 per cent. The good news is the government has finally decided to make debt and fiscal deficit the operational policy target, doing away with the revenue deficit target.

Jaitley’s experiment in fiscal prudence tested the hypothesis if you could course your way to growth by shrinking the deficit. It may have worked but for demonetisation and GST, which collectively made a weak and bloated economy sicker. As such, the economy not only became smaller, but also is growing slower than both the forecast and the potential. But Jaitley pins his faith on buoyancy in tax revenues in the medium to long term and sees the above fiscal path as more of a floor than a ceiling.

At over 75 per cent of GDP, India’s consolidated debt is higher than the loan burden of other middle income countries (58 per cent). But a deficit is only too high or too low in relation to the impact on the economy, and experts like chief economic advisor Arvind Subramanian feel that sticking to an arbitrary benchmark - 3 per cent - may do more harm than good.

A staggering 97 per cent of our debt is internal, meaning borrowed from banks, insurers etc. A lot of this money comes from household savings. As per estimates, the household savings to GDP ratio was 10 per cent and foreign inflows 1.5 per cent, thus pre-empting 6 per cent (3 per cent each to the Centre and the states) and 1.5 per cent to public sector enterprises, leaving 4 per cent borrowing space to the private sector. The FRBM’s 3 per cent target was also derived to lower the Centre’s debt to 40 per cent of GDP from the current 50.1 per cent. The primary reason for the soaring debt and deficit is low tax collections.

Despite efforts, our tax-GDP ratio of 17 per cent is below the other lower middle income countries. The reasons are aplenty: exemption of agricultural income, tax evasion, tax abuse by MNCs and poor tax administration.

As per a 2009 estimate, the potential from taxing agricultural income is equivalent to 0.6 per cent of GDP. The narrow tax base is also due to deductions in direct and indirect taxes. In FY15, revenue foregone stood at a staggering Rs 5.8 lakh crore, of which Rs 4.8 lakh crore was on account of customs and excise duties.
Then there’s tax abuse by MNCs, a worldwide phenomenon, shifting profits to subsidiaries located in low-tax jurisdictions and taking advantage of tax treaties. Lastly, the build-up of huge tax arrears and disputes is mind-blowing. As of FY17, revenue under dispute stood at a staggering Rs 7.3 lakh crore.

This was a moment to seize. Yet Jaitley chose not to change course towards effective tax administration. Simply scrutinizing tax preferences may enhance the tax-GDP ratio by at least 1 per cent. Like in the past, Budget 2019 was a missed opportunity to reset the narrative by signalling a new tax compliance and dispute resolution direction. 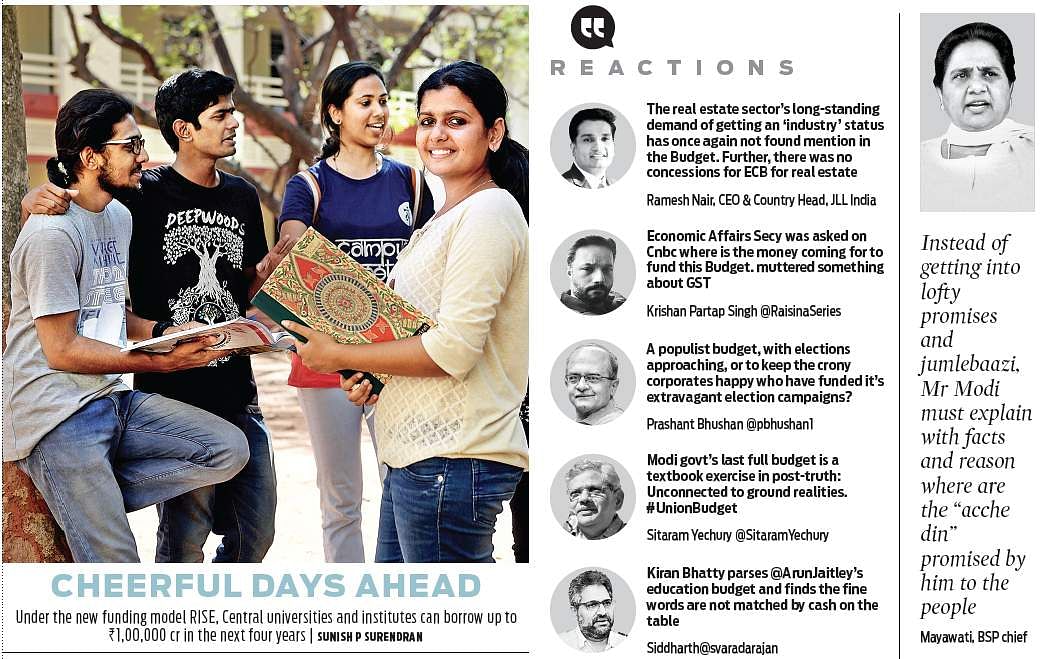