While the country is basking in the glory of Indian colts winning the cricket world cup for the fourth time, and chief coach Rahul Dravid is being showered with praise, one person has gone relatively

While the country is basking in the glory of Indian colts winning the cricket world cup for the fourth time, and chief coach Rahul Dravid is being showered with praise, one person has gone relatively unnoticed—Lucknow’s Gyanendra Pandey. He was part of the three-member selection panel headed by Venkatesh Prasad. A former international player and one of the longest-serving captains of the UP Ranji team, he made it sure three players from the state – Shiva Singh of Moradabad, and Aryan Juyal and Shuvam Mavi of Noida — got berths in the World Cup team. 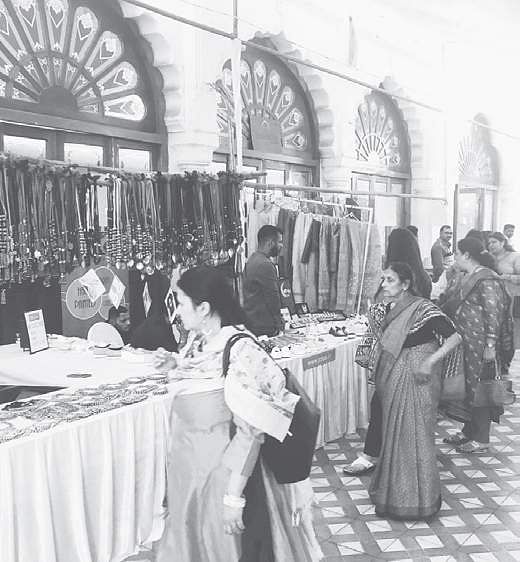 After getting all-round praise for a high rate of redressal of complaints, the 1090 Women Power Line service is now reaching out to girl students in schools and colleges in the Utter Pradesh capital to train them in self-defence techniques. Leading from the front is the head of the Power Line, senior Indian Police Service officer Navnit Sekera. The Power Line team is not only training girls in self-defence, but also raising a team of volunteers chosen from the trained girls. Aptly called ‘Shakti Pari’ (Power Angels), they will work as 1090 ambassadors in their localities.

While Lucknow was an important city during British rule, the French, too, had their tryst with the city. They were not very large in number but have left a distinct mark on the city. The Constantia at La Martiniere College, built by French trader Claue Martin, is one of the most distinct monuments of the city. Besides, there were many others who were attached to the ruling nawabs and made the city their own. The ongoing Santkada Festival, a four-day ethnic extravaganza at the historic Safed Baradari, celebrates
the city’s connection with the French.

‘Talking Ramayan’
The digitisation trend has reached the Ramayana, with an edition of a ‘Talking Ramayan’ in the limelight at the Lucknow Mahotsav cultural carnival. It comprises all the chapters, from Balkand to Uttarkand, of Ramcharitmanas, originally written by Tulsidas. The 21-hour rendition of the epic is in the voice of Ajay Mundra. Faced with paucity of time in their busy lives, devotees are finding it a convenient tool for remembering God.