Ramesh Agrawal was shot at by unidentified men at his Internet cafe shop in 2012.

RAIPUR: Chhattisgarh-based activist and a recipient of prestigious Goldman Environment Prize, cited as Green Nobel award, has written to the Prime Minister Narendra Modi seeking his help for acquiring a license of a revolver after the Raigarh district administration in their procedural report refused to give citing an FIR lodged against him in 2010.

Ramesh Agrawal, 63, residing in Raigarh, some 230 km east of Chhattisgarh capital, fears a threat to his life and carry an apprehension of an untoward situation he may encounter owing to his proactive role against the corruption that will "instigate several corporate groups to get rid of (eliminate) him".

The industrial district of Raigarh is home to 17 coal mines, 26 sponge iron units and around 13 thermal power stations -- that are either operational or under construction. The issues of pollution, land-grabbing, violations of tribal rights keep surfacing in the district. 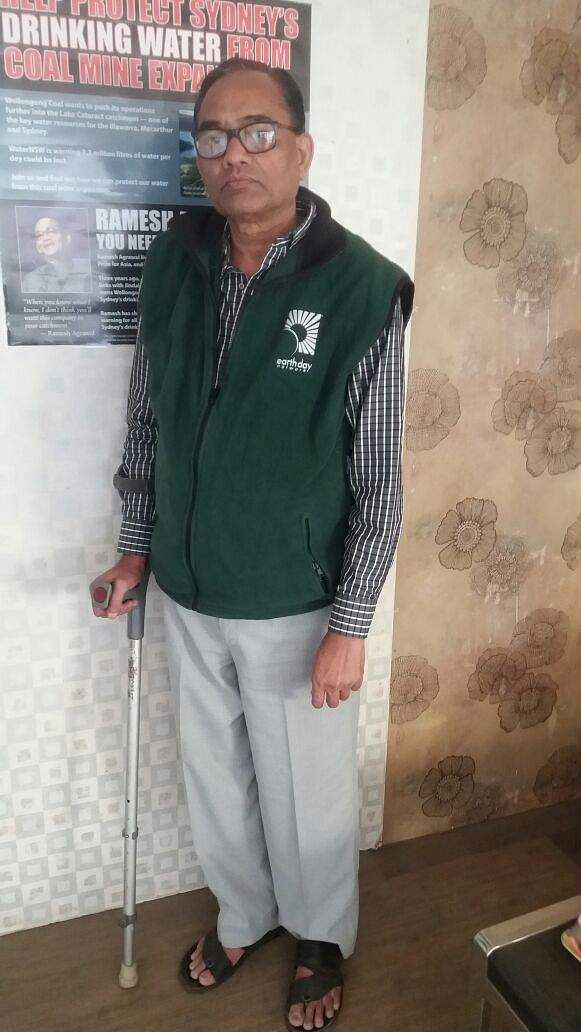 “I have written to our PM appealing him to facilitate me in getting a license for revolver. I desperately need a licensed weapon for the safety of my family and my self-defence. I have further requested him that till the pistol license is issued, I should be provided with police security”, the small-time businessman, who received the global environment award in 2014 told the New Indian Express.

Agrawal was shot at by unidentified men at his Internet cafe shop in 2012. “The attack was carried out then at the behest of Jindal Group. It’s strange that after nearly eight years of applying for a gun license, the Raigarh administration denied it to me merely on the basis of an FIR lodged against me in 2010. The reality of everyday life appears so threatening to me”, Agrawal claimed.

The FIR was lodged against Agrawal by the then vice-president of the Jindal Steel and Power Ltd (JSPL) when he allegedly defamed the company and issued a threat to the officials during the public hearing of 2400 MW thermal plant of JSPL in Raigarh. He was then jailed for two months and a half.

“I was released after the Supreme Court granted me bail”, he said and further added that he will continue fighting for the tribal rights and environmental issues.

More from Nation.
Now we are on Telegram too. Follow us for updates
TAGS
Ramesh Agrawal Goldman Environment Prize Green Nobel award