The Padma awards, which is presented every year, seeks to recognise works of distinction and exceptional achievements in different fields.

Among the awardees, 16 are from the category of foreigners, non-resident Indians and three are posthumous.

74-year-old Illaiyaraja, who has been conferred with Padma Bhushan in 2009, was selected for Padma Vibhushan, the second highest civilian award after Bharat Ratna. 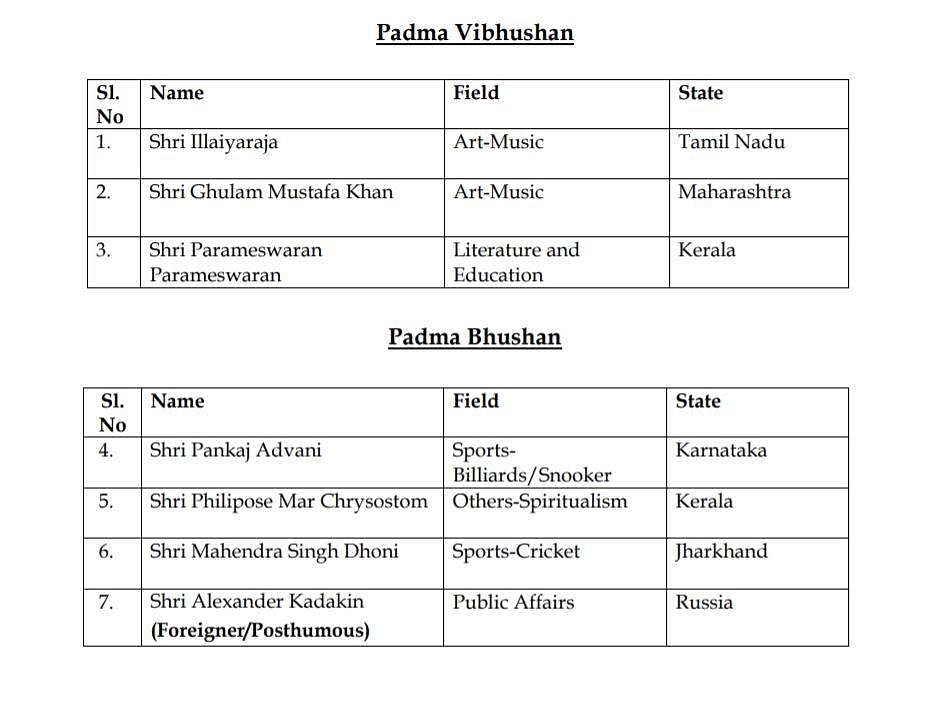 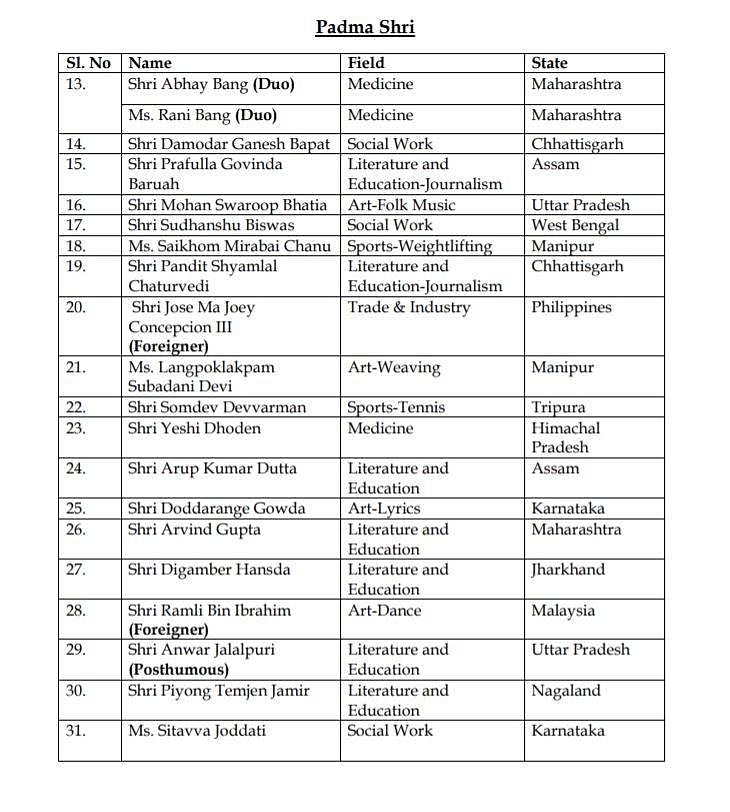 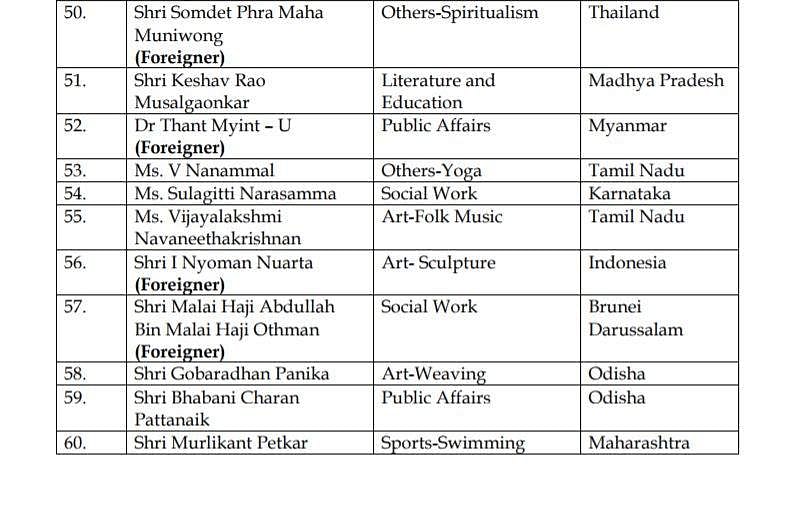 Lakshmikutty, a tribal woman from Kerala, who prepares 500 herbal medicine from memory and help thousands of people especially in snake and insect bite cases, is among the awardees.

She teaches at Kerala Folklore Academy and lives in a small hut made of palm leaves roof in tribal settlement in a forest. She is the only tribal woman from her area to attend school in the 1950s.

Arvind Gupta, an IIT Kanpur alumnus who inspired generations of students to learn science from thrash, has also been honoured with Padma Shri.

Shyam is famous for depicting Europe through Gond paintings, a tribal style of painting of Madhya Pradesh. Born in a poor tribal family, he worked as a night guard and electrician to support family before becoming a professional artist.

His 'The London Jungle Book' sold 30,000 copies and it was published in five foreign languages.

West Bengal's Sudhanshu Biswas, a 99-year-old freedom fighter who serves poor, runs school and orphanages and set up free school for poor, is also among the winners.

Since last year, the Modi government has been honouring "unsung heroes" with the Padma awards to recognise people who have dedicated their lives to working for the poor or have risen from deprived backgrounds to excel in their own fields.

Maharashtra's Murlikant Petkar, India's first paraOlympic gold medalist, who lost his arm in 1965 Indo-Pak war, is another winner of the Padma Shri.

Tamil Nadu's Rajagopalan Vasudevan, who is known as plastic road-maker of India, developed a patented and innovative method to reuse plastic waste to construct roads, has also been given the Padma Shri.

Subhasini Mistry, a poor lady from rural West Bengal, who toiled 20 years as housemaid and daily labourer to build a hospital for poor in the state, is another awardee.

Nonagenarian farm labourer Sulagatti Narasamma, who provides midwifery services in backward region of Karnataka without any medical facility, too was awarded the Padma Shri.

Vijayalakshmi Navaneethakrishnan, an acclaimed Tamil folk exponent, who has dedicated her life towards collection, documentation and preservation of Tamil folk and tribal music, has also been given Padma Shri.

More from Nation.
Now we are on Telegram too. Follow us for updates
TAGS
MS Dhoni Pankaj Advani Padma Awards 2018 Padma Shri Ilaiyaraaja