Forty-six per cent of the respondents said that school fee hikes should be linked to inflation, and not be arbitrary.

NEW DELHI: In an online survey, 50 per cent of the parents surveyed said that they had accommodated excessive school fees by cutting discretionary spending. Rising school fees are a common phenomenon in the country, with 83 per cent parents saying that their children’s school fees had been hiked recently.

The survey was conducted by online community platform Local Circles in more than 220 districts, and over 30,000 people participated. 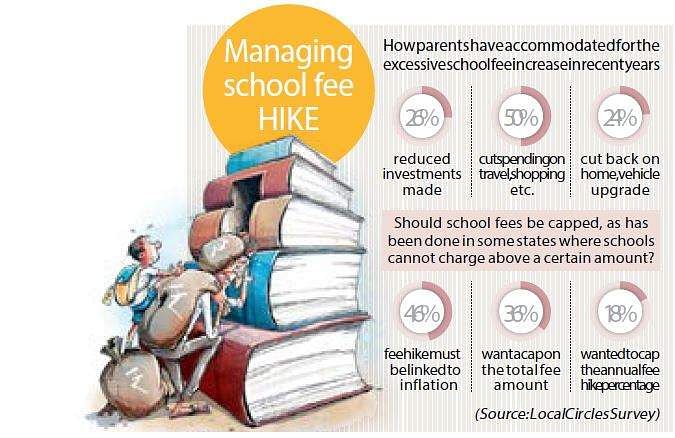 The second issue was the way to regulate school fees. Should school fees be capped, as has been done in Gujarat and Tamil Nadu, where schools cannot charge above a certain amount?

Forty-six per cent of the respondents said that school fee hikes should be linked to inflation, and not be arbitrary. Around 36 per cent wanted a cap on the total fee amount, while 18 per cent wanted to cap the annual fee hike percentage.

The majority wanted regulation to focus on annual fee hikes and not the absolute fee.

Stay up to date on all the latest Nation news with The New Indian Express App. Download now
TAGS
Rise in school fees