The move is aimed at climbing the alphabetical sequence of state names in which West Bengal appears last in the list now.

NEW DELHI: The West Bengal Legislative Assembly on Thursday unanimously passed a resolution in favour of changing the name of the state from West Bengal to Bangla. The state government will now send the proposal to the Centre for approval.

The state government had in August 2016 sent a proposal to the Ministry of Human Resource Development for change in the name of the state to Bengal in English, Bangla in Bengali and Bangal in Hindi. However, the Centre rejected the proposal saying that it cannot admit three names for the same state. 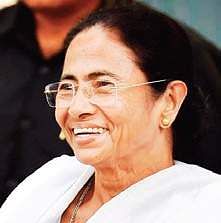 “The Centre, after sitting on our proposal for long, has sent a communication to us recently advising us to choose one name instead of three. We do not want any controversy on this issue, and therefore, we have decided to finally choose the name Bangla. So let the resolution be passed unanimously,” West Bengal Chief Minister Mamata Banerjee told the House on Thursday.

Earlier, West Bengal Parliamentary Affairs minister Partha Chatterjee said that the bureaucrats and politicians from the state complained that they had to wait for their turn at Central meetings where names were called according to the alphabetical order of the states.The change of name from West Bengal to Bangla will send the state alphabetically from the last spot to the fourth spot after Arunachal Pradesh, Andhra Pradesh and Assam.

However, state BJP vehemently opposed the move stating that the move was aimed to erase the post partition history of the state. The western part of the partitioned region of Bengal was sufficed with Manbhum district and parts of Purnia district of Bihar to form West Bengal.

“We will not support the move as it will erase the partition history of the state and the legacy of Bharatiya Jana Sangh founder Shyama Prasad Mookerjee due to whose efforts the western parts of Bengal was not included in Pakistan,” state BJP president Dilip Ghosh said. BJP has only three seats in the 294-member Legislative Assembly which is why their opposition did not matter for passage of the resolution.

“The resolution has just been passed in West Bengal Legislative Assembly. It has to be passed in both houses of the Parliament apart from a cabinet nod. BJP will never support the change of the name of the state,” BJP general secretary Sayantan Ghosh said.A left Front leader in the Assembly Sujan Chakraborty said: “We had told earlier not to send three names but they did not listen. Now, they are sending one name.”

Why the name change?

A major reason why the West Bengal Chief Minister Mamata Banerjee has been angling for the name change is that West Bengal comes last in state lists, which means the politicians and bureaucrats from the state get to speak last in Central meetings, or often not at all.