Child labourers rehabilitated, rescued under NCLP up by 45 per cent

NEW DELHI:  The number of child labourers rescued and rehabilitated under the National Child Labour Project (NCLP) has gone up by 46.3 per cent in India, according to the Labour ministry’s data on Monday.

“This just shows how well our department is working. We have been successful in rescuing more number of children stuck in the horrible world of child labour. We will make more efforts to ensure that child labour is completely eradicated from the country,” an official in the department of child labour welfare said. 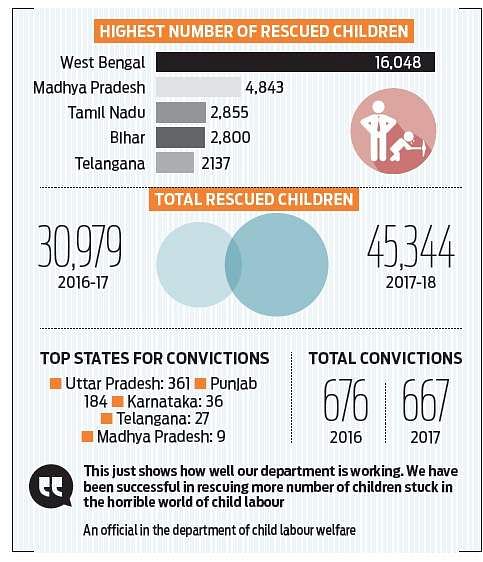 Stay up to date on all the latest Nation news with The New Indian Express App. Download now
TAGS
Child labour