The Bombay Natural History Society is now planning to digitise this invaluable and irreplaceable collection to ensure easy accessibility for the public.

Bombay Natural History Society to digitise collection
The Bombay Natural History Society is widely known for its efforts in promoting the cause of nature conservation since 1883. The wildlife research organisation houses over 1.2 lakh specimen that mirrors the vast biodiversity of the Indian subcontinent. The institute is now planning to digitise this invaluable and irreplaceable collection to ensure easy accessibility for the public. The collection includes specimens of nearly 20,000 mammals, 29,000 birds, 5,400 bird eggs, 8,500 amphibians and reptiles and 50,000 insects. Several of them are of species that are now rare or even extinct. Though the details are yet to be made, the news is indeed encouraging for nature lovers.

Third heritage site on the cards
Oval Maidan — the famous oval shaped open space just in front of the iconic Rajabai clock tower — which has miraculously managed to avoid encroachments is likely to be included in Unesco’s heritage site list by June, if everything goes well. This area has already been declared a heritage precinct by the state government. It has Gothic buildings like the Bombay High Court and Rajabai Tower on one side and the Art Deco buildings on the other. The area has the second largest Art Deco building in the world after Miami. If the Unesco gives its approval, Oval Maidan will be the third heritage site after Elephanta Caves and Chhatrapati Shivaji Terminus (formerly Victoria Terminus) in and around Mumbai. 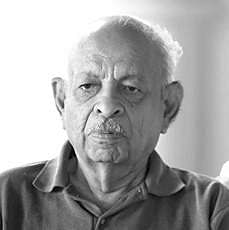 Facebook of yesteryears
Eminent jurist and Mumbai’s former mayor and sheriff Nana Chudasama is known for his witty comments on political developments. Anything and everything that is being discussed in society used to reflect in his comments. Nana used to make public his comments by displaying them on a banner. Older version of the Marine Drive restaurant ‘Pizza By The Bay’ was named ‘Talk Of The Town’. Nana used to display his banner above the restau-rant. One can term it as Nana’s version of the Facebook. Last week, paying respect to Bollywood superstar Sridevi, the banner read – “Sri an Inspiration to all Srimatis. RIP Sridevi.”

Tower clock ticks again
The tower clock at the iconic building of the Mahatma Jyotiba Phule Market (earlier known as the Crawford Market) has finally started ticking again. After restoration of the market building, the BMC spent C13 lakh to repair the four British-era clocks that had been non-functional for over a decade. Of the four clocks on the tower, only one had all the parts intact. Yet, the clock wasn’t working as its key assembly had been stolen. While repairing the clock, the old key system was replaced with the battery system.

Chiming history
Mumbai has, in all, 16 grand old timepieces like the one restored earlier this week. The most famous of them is the Rajabai Clock Tower at the Mumbai University. Built on the lines of London’s Big Ben and placed on the tallest structure of the city over a century ago, this clock used to play ‘God Save the King’ and a Handel Symphony. It now just chimes every 15 minutes. Similar tower clocks at Chhatrapati Shivaji Maharaj Terminus, Naval Dockyard, Byculla Zoo, St. Thomas Cathedral, David Sassoon Library and Khoja Shia Imami Ismaili Jamatkhana have added to the beauty of the city that is known for running with the times.

Our correspondent in Maharashtra abhijit.mulye@gmail.com

Stay up to date on all the latest Nation news with The New Indian Express App. Download now
(Get the news that matters from New Indian Express on WhatsApp. Click this link and hit 'Click to Subscribe'. Follow the instructions after that.)
TAGS
Mumbai Bombay Natural History Society Oval Maidan Crawford market