Farmers got benefits, but only on paper in Chhattisgarh: Audit Report

A third-party audit has exposed a “big fraud” in the distribution of subsidised equipment to poor farmers under schemes approved by the Chhattisgarh agriculture department.

RAIPUR:A third-party audit has exposed a “big fraud” in the distribution of subsidised equipment to poor farmers under schemes approved by the Chhattisgarh agriculture department. According to documents accessed under the Right To Information (RTI) Act by social activist Uchit Sharma, most of the farmers got the benefits only on paper.Huge subsidies and distribution of agriculture equipment under welfare schemes like Shakambari and Harit Kranti were broadly given under three categories, namely drip/sprinkler irrigation, agriculture equipment and irrigation pumps. 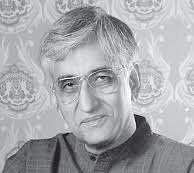 The RTI application specifically sought information on two districts (Bilaspur and Kanker).Random verification of the information given in the documents by the audit team revealed that out of the 3,239 farmers contacted by them, 2,152 had been deprived of the subsidised equipment and facilities. However, the records showed that the equipment and benefits worth `30 crore had reached the farmers.“The benefits of the schemes and their huge subsidy amounts to the tune of over `30 crore, just from the two districts, were siphoned-off in collusion with the department officials,” said Uchit Sharma.

However the authorities in the agriculture department shot down the findings of audit that had been done by agencies enlisted by the government. “Another physical verification process is being carried out. The earlier findings of the third-party audit were flawed and imperfect. We don’t accept that (earlier findings),” said Director, Agriculture, MS Kerketta.When asked who would be conducting the second physical verification process, Kerketta told TNIE, “Our own department staff.”The official’s response suggests that the department no longer trusts NABARD and two private agencies SRD Agro Private Limited and IR Class System & Solution Bhopal.

“This is a very serious matter, which have come to light due to  the third-party audit. The findings from just two districts look alarming and the scam might run into several crores, as similar corrupt practices might have happened in the remaining 25 districts of the state,” Leader of opposition TS Singhdeo told TNIE. “I have written to the chief secretary requesting him for a thorough investigation.”

Aam Aadmi Party leader Sanket Thakur, who is also the convener of Chhattisgarh Kisan Mazdoor Mahansangh, took a dig at the “zero tolerance against corruption” claim of the Raman Singh government.
“They have deceived thousands of farmers. Now the department officials are desperately attempting to find shortcomings in the audit in order to reject it,” he said.

Stay up to date on all the latest Nation news with The New Indian Express App. Download now
(Get the news that matters from New Indian Express on WhatsApp. Click this link and hit 'Click to Subscribe'. Follow the instructions after that.)
TAGS
Chhattisgarh farmers fraud farmers benefits