Parliament diary: Will to not kill reservation bill, quit government not NDA, demand for Cauvery Board

After days of disruptions over myriad issues, the International Women’s Day brought a rare respite.

Will to not kill bill? 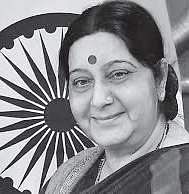 After days of disruptions over myriad issues, the International Women’s Day brought a rare respite. Members cutting across party lines spoke in favour of more power and support to women. If Tiruchi Shiv asked for a cut in the GST rate on STs, Derek O’Brien asked other parties to emulate TMC, and D Raja quoted Periyar and Lenin on women’s empowerment. As the men outdid each other to show their commitment to ‘stree shakti’, External Affairs Minister Sushma Swaraj quipped that had it not been the Women’s Day, another working day of Parliament would have been lost to slogan shouting. But what led to much analysis in the Central Hall later was Ambika Soni’s call for a ‘resolution’ on the 33 per cent women’s reservation Bill, not a demand for its early passage in the Lok Sabha. Well, the chair had already set the tone. “My experience shows the (women’s) Bill will not suffice. Bill followed by will and then administrative skill go for the kill of the evil.’’ No marks for guessing: that was Venkaiah Naidu, in his inimitable style.

Quit Govt, not NDA
The threat was carried out: Ashok Gajapati Raju and Y P Chowdary resigned from the Union Council of Ministers. In a curious balancing act, AP CM Chandrababu Naidu did not withdraw from the NDA coalition. The buzz in the parliamentary corridor was, ‘negotiations were on’. Also, a view that the PM and the FM have successfully rid the Union Cabinet of TDP without yielding ground was doing the rounds. BJP insiders claimed, “Babu has little options. Arunji (Jaitley) gave him the best offer.” All this tug of war over the ‘Special Category Status’ to AP has, however, overshadowed the Nirav Modi-Mehul Choksi bank loan scam.

Cauvery Board
Though the AIADMK is continuing with its vociferous demand for a Cauvery water sharing board, MPs in private say that they know nothing will be done before the Karnataka elections. Apparently, former Water Resource Minister Jairam Ramesh informed them, citing a Supreme Court order, that only a Cabinet approval was required to set up the board, not a meeting of the affected states.

Stay up to date on all the latest Nation news with The New Indian Express App. Download now
(Get the news that matters from New Indian Express on WhatsApp. Click this link and hit 'Click to Subscribe'. Follow the instructions after that.)
TAGS
International Women’s Day Parliament diary Cauvery board reservation bill TDP NDA