It is aptly called the city of nawabs, having been acknowledged in the pages of history as one of the richest repositories of the cultural heritage of Oudh.

Unwinding mystical Oudh
It is aptly called the city of nawabs, having been acknowledged in the pages of history as one of the richest repositories of the cultural heritage of Oudh. To unwind the threads of the mystique of Oudh in the lanes of Lucknow, a group of youth led by Muskan Laat, a student from Lucknow in Mithibai College, Mumbai, set out on a heritage walk from Residency to the old city areas. Residency is a historical monument built by Nawab Saadat Ali Khan of Oudh in 1780 for officers of the British Raj. Protected by the Archaeological Survey of India, it stands as the ruins of a refuge for British officers during the first war of independence in 1857. 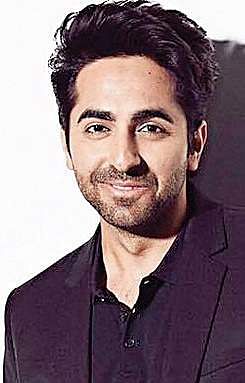 An evening to remember
Last Sunday evening turned out to be extra special for Lucknowites as they hosted actor Ayushman Khurana, who in turn regaled them with his popular Vickey Donor number, ‘Paani Da rang vekh ke’.... During his live concert, Khurana, with his band, belted out his choicest numbers. Ahead of the show, cricketers Parthiv Patel, Umesh Yadav and Mohammad Siraj interacted with the audience. In a nod to tehzeeb-e-Lucknow, Khurana turned a poet and performed ‘Main yahan aa gaya hoon, mujhe koi pehchan na le...’

Food as medicine
The Central Drug Research Institute (CDRI), one of the five CSIR institutions in Lucknow, has come up with the concept of letting food be one’s medicine, by introducing ‘Nutraceuticals’, which are non-specific biological therapies used to promote general well-being, control symptoms and prevent disease progression. One nutraceutical with a dietary ingredient derived from spinach is said to prevent osteoarthritis and degeneration of cartilage.

Twin celebrations
Sunday was replete with religious fervour. On the one hand denizens woke up to Ram Navami celebrations, and on the other bells were tolling in city churches to observe Palm Sunday, the  Sunday falling before Good Friday. Special prayers were held in Lucknow Cathedral church, and Christians took out peace processions carrying palm leaves and pledged to follow the path shown by Jesus Christ.

Stay up to date on all the latest Nation news with The New Indian Express App. Download now
(Get the news that matters from New Indian Express on WhatsApp. Click this link and hit 'Click to Subscribe'. Follow the instructions after that.)
TAGS
Oudh food as medicine Ram Navami celebrations