Advocate Ashish Dixit, appearing for the accused, sought a speedy trial after which the court put up the matter for further proceedings on January 4, 2019.

NEW DELHI:  A Delhi court on Saturday gave the go ahead for the trial of noted environmentalist R K Pachauri, who has been accused of sexual harassment by a former colleague.The former head of The Energy and Resources Institute (TERI), Pachauri, who was present in the courtroom, denied all the allegations made against him and pleaded not guilty. 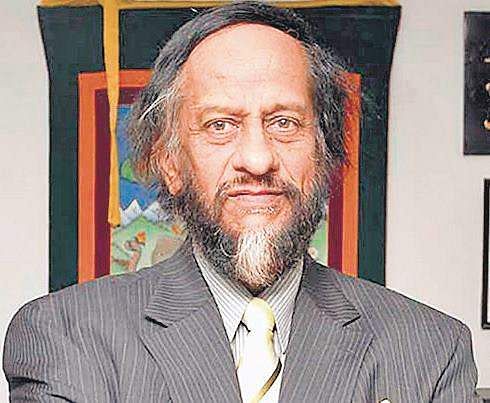 Metropolitan Magistrate Charu Gupta put Pachauri on trial for offences punishable under sections related to outraging the modesty of a woman, along with section 354 A (making physical contact, unwelcome and sexually coloured remarks) and 509 (teasing and using vulgar gesture and actions) of the Indian Penal Code (IPC).

Advocate Ashish Dixit, appearing for Pachuri, sought a speedy trial, saying that due to the pendency in the case his client’s family was facing hardships. The court posted the matter for further hearing in January 2019, when the court will start recording evidence in the case. On February 13, 2015, an FIR was registered against Pachauri and he was granted an anticipatory bail in the case on March 21, 2015. In March 2016, Delhi Police filed a 1,400-page charge sheet stating there was sufficient evidence that Pachauri had sexually harassed, stalked and threatened the complainant.

Pachauri had to step down as chairperson of the UN Intergovernmental Panel on Climate Change in February 2015 and quit TERI after the charges emerged.A supplementary charge sheet was filed in March 2017 after the police said they had retrieved several deleted e-mails and chats exchanged between the accused and the complainant.The charge sheet, which was filed a year after the former research analyst of TERI lodged the complaint, had said that Pachauri had committed offences under various sections of IPC.

Now we are on Telegram too. Follow us for updates
TAGS
sexual harassment R K Pachauri TERI