CHENNAI: It has been over eight decades since the country saw its first female photojournalist, Homai Vyarawalla. Over the years, more female photographers have followed the trailblazer, changing perspectives and fearlessly telling stories about the unknown facets of the country through their lens. One such talented independent humanitarian photojournalist is Sindhuja Parthasarathy, who has been journeying across the country documenting riveting visual narratives. But, her entry into photojournalism wasn’t planned. “When I was around 22 years old, I started out as a behavioural trainer/coach, after an MBA and a Masters in Psychology. Back then, photography wasn’t even in the pipeline,” says the 36-year-old. 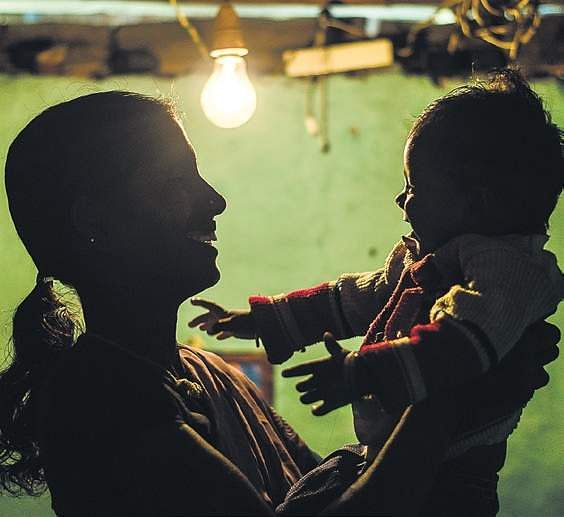 While working in the corporate world, she stumbled upon the opportunity to travel with colleges across the country. “Three years in the corporate world and I was disillusioned. In 2008 I picked up a travel job that involved living out of the suitcase. It was part of a corporate programme where I would travel almost 250 days, and in one year I covered about 20 states,” she recalls.

Travel photography became a hobby of sorts for Sindhu, and when she posted the pictures on social media, she says she was overwhelmed by the responses. “Now, when I look back at all those photographs that I took in my small pocket camera, I am surprised people even appreciated them. But, that’s what pushed me to send the photos to magazines. The pictures got published and that was the beginning of the journey,” she says.

After having seen her share of sunsets, mountains and landscapes, Sindhu wanted to step into documenting a different facet of the country. “I heard about the Koovagam festival, an annual transgender festival. I covered it extensively and wrote about it. This was my first prominent essay in the human rights space,” says Sindhu, perhaps the only Indian woman photographer who was part of the fest in 2011. The same year, she was awarded the ‘Laadli National Media Awards for Gender Sensitivity’ by UNFPA for her coverage. 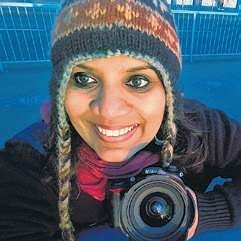 After Koovagam, she went on to spend two years documenting 15 other lesser-known festivals in India. “While initially my documentation was focused on depicting the myriad forms of festivals from a socio-anthropological perspective, it eventually transformed to looking at how ‘gender’ plays out in festivals and thus conversations around gender equity,” says Sindhu who has photographed festivals including the Chamayavilaku, Maha Kumbamela, Lath Mar Holi, Pooram and Kulasai. “From the solemn yet high-spirited mourning procession during Muharram to the cathartic expression of emotions in Bharani, these fests are multi-layered and complex in their histories and narratives,” she says.

The life of a female photojournalist is not easy. But, Sindhu has faced every challenge head-on. While discussing the issue of safety, she gives us a peek, “Women usually don’t take part in the Pooram festival. They watch it from the terrace of their house because the crowd mostly consists of inebriated men. But, I went in with my equipment. I wore a salwar...to be ‘conservative’,” she narrates. What happened after Sindhu walked through the crowd is nothing short of a nightmare, but that didn’t stop her. “I was trying to get closer to the elephants for a good frame, and someone pulled down my salwar pant,” she recalls.

She has stayed in shady lodges, where men would knock on the door all night and peep through the window, been pushed into the river by a fellow photographer during the Maha Kumbh Mela, and hitchhiked with a stranger in Srinagar at 3 am. “When I started out, I was courageous in a very audacious way. Many a time, I think I wasn’t keeping a track on my safety. I always used to carry a knife but I think I should have been more careful. Today, I make sure I am safe,” she says.

Over the years, she has documented various human rights issues including acid attacks, trafficking, Devadasi practice, caste violence, Kashmir half widows, triple talaq and the burning Jharia coal mines. “I will never forget the time I spent in Jharia coal mines. I vividly remember walking amid air that was thick with heat, dust and nauseating smell. I remember the weary bodies and blood-shot eyes of the miners. More than seven lakh villagers live in the middle of this ruthless inferno, which is possibly one of the world’s largest environmental and human disaster,” she rues.

Her recent works include strong visual narratives of the rampant sex trade in Haryana where women are trafficked from Assam, Bengal, Kerala, Rajasthan and sold to female deprived villages in Haryana in return of monetary favour, and manual scavenging in Tamil Nadu. “Be it photo documentaries about people in dangerous jobs across the country, or violence against men, women, LGBTQIA+ community, the attempt has been to leverage the power of visual storytelling to provoke collective consciousness and then channelise that to collective action,” she adds.
For details visit:www.sindhusarathy.com

Another riveting story documented by Sindhu is that of Chutni Mahato, an activist in Jharkhand who rescues women from witch hunting. “I met her in Kanjia, a small village where four middle-aged women were beaten with iron rods, and lynched by 50 villagers. These women were accused of practising black magic after a 17-year-old boy died of cancer,” shares Sindhu. Women branded as ‘witches’ have had their head shaved, teeth pulled out, body parts cut off, burned, paraded naked, raped and even murdered. “In 1995, Chutni was branded a witch because she cracked an inappropriate joke. She was beaten up, made to drink urine and thrown out of the village. In the last two decades, she has rescued more than 100 women, and traveled to two states creating awareness about superstitious beliefs around witch hunting,” shares Sindhu who believes in sharing restorative narratives.