The Gateway of Northeast India, Guwahati is fast emerging as the favourite destination of Bollywood divas.

The Gateway of Northeast India, Guwahati is fast emerging as the favourite destination of Bollywood divas. In the past fortnight, three actresses including two of yesteryears had their footfalls in the city. First, it was Katrina Kaif who was in the city on her maiden visit to inaugurate a jewellery outlet. The enthusiasm among people was such that she had to be whisked away at the end of the programme. Then, Raveena Tandon came to inaugurate an outlet of a premium linen fabric brand. Even then, a lot of people went to have a glimpse of her. The last to visit the city was Poonam Dhilon who had come to attend a programme. 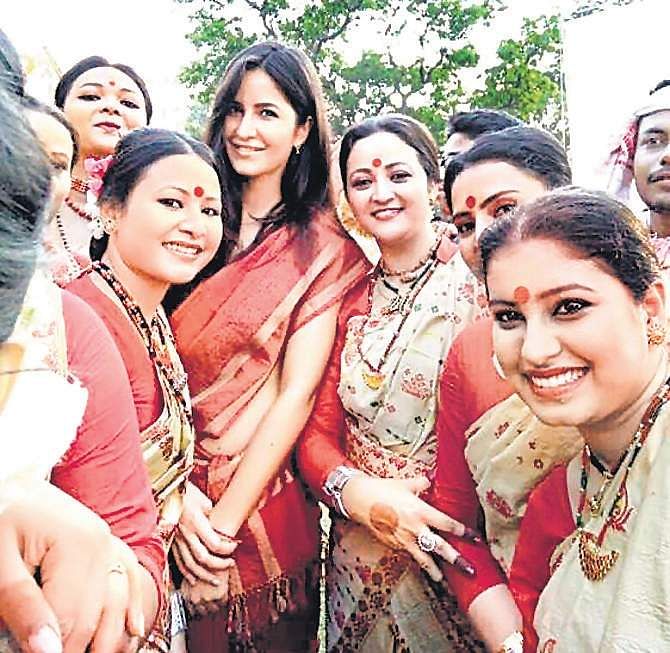 The civic authorities of Guwahati have started cracking down on real estate owners who deviate from approved use of their commercial establishments. The Guwahati Municipal Corporation (GMC) sealed the “Adityam” building that houses KFC and Yo China and some offices besides a bar. Permission was granted for a departmental store.”A joint inspection of the building was undertaken by the officials of GMC and was requested to produce NOC, approved drawings and occupancy certificate. It was found that the approved use of the building is for departmental store but it is being used to run restaurants, offices and a bar which is a deviation of approved use,” a GMC statement said.

The Drukair - Royal Bhutan Airlines launched its maiden Guwahati-Singapore flight on September 1. Assam Chief Minister Sarbananda Sonowal said with the launch of the flight, the diplomatic ties between India and Bhutan would receive a boost. He said the initiative would facilitate trade and people-to-people contact among Bhutan, Assam and Singapore and contribute towards cementing social, cultural and economic ties. Officials said they were confident of getting a good response from passengers.

City gets a new Police Commissioner

In a major reshuffle in police administration, Guwahati has got a new Commissioner of Police (CP) in Pradip Saloi. He replaced Hiren Chandra Nath who has donned the mantle of Inspector General of Police (Special Branch). Nath had taken over as the CP in August 2016. Saloi, a 1999 batch IPS officer, has got the experience of working in the city prior to the setting up the police commissionerate in 2015. He had served as the Senior Superintendent of Police from November 6, 2008 to February 8, 2011.