'The problem was aggravated in summer months in regions where temperatures exceed 40 degree Celsius where pilots are expected to fly early morning,' said Air Chief Marshal B S Dhanoa.

BENGALURU:Even armed force personnel, it seems, are not spared of the negative effects associated with the excessive use of social media. The gravity of the issue and eventual sleep deprivation has prompted Air Chief Marshal B S Dhanoa to seek solutions to the growing problem. 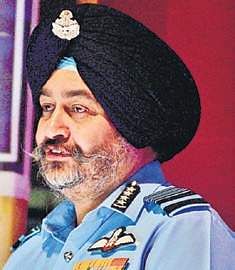 Speaking at the inauguration of the 57th annual conference on Indian Society of Aerospace Medicine, he said that sleep deprivation among Indian Air Force (IAF) pilots was induced by indulging in social media late into the night. “A filter and check mechanism should be developed by aerospace medicine experts to monitor this and prevent pilots with sleep deprivation from flying an aircraft,” he said.

Comparing sleep deprivation with consuming liquor, he said that physiological symptoms associated with inebriation were absent in a person deprived of sleep. While a person who has drunk too much could be identified either by breathalysers or due to alerts by their peers, there is no mechanism to assess whether a pilot is sleep deprived or not, he said.

The problem, he said, was aggravated in summer months at air bases where temperatures exceeded 40 degrees Celsius. Pilots are expected to fly early morning sorties as they will not be able to fly later in the day under such conditions. “Since these pilots have briefings at 6 am, they are expected to sleep early. But most are active on social media late (in the night),” he said.  Air Marshal C K Ranjan blamed gadgets for sleep deprivation, saying that they kept pilots and other personnel awake all night. “In such cases, it is difficult to keep pilots fresh for operations the next day,” he said.

Only last week, Army chief General Bipin Rawat was reported to have said that the defence establishment should use social media to its advantage instead of imposing a ban on its use by personnel.“...Can you deny a soldier from possessing a smart phone? If you can’t prevent usage of smartphone, it is best to allow it (access to social media). But it is important to have means of imposing discipline. Social media is here to stay. Soldiers will use social media. Our adversary will use social media for psychological warfare and deception. We must leverage it to our advantage,” he was quoted as saying.

Indian Air Force has recorded instances of accidents due to sleep deprivation among pilots, Air Chief Marshal B S Dhanoa said, quoting the accident at Uttarlai air base in Rajasthan as an example.