To that extent, what the Raksha Mantri says is true,” said Gokhale, who is also the editor in chief of sniwire.com.

NEW DELHI: The Rafale row took another twist on Thursday following Defence Minister Nirmala Sitharaman’s remark that the government procured only 36 Rafale jets from France because IAF lacked necessary infrastructure and other technical requirements for more.

“Every time you induct one squadron, there is requirement for a lot of other paraphernalia. Given a set of parameters, if you quickly want to induct, two is the ideal, because in ready, flyway condition, that is all you can induct,” she told a daily. 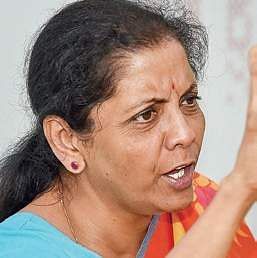 Her remarks come a day after Air Chief Marshal Birender Singh Dhanoa, defended the Rafale deal saying, “..the government is strengthening the IAF to counter the shortfall of our depleting numbers of aircraft.”
The Opposition Congress, which had been negotiating for 126 Rafales under the MMRCA deal while in power, was quick off the mark, accusing Sitharaman of lying and once again demanding a JPC probe into the deal.

“Defence Minister is caught lying again on the number of fighter aircraft required by IAF,” Congress spokesperson Randeep Surjewala told the media. “Her claim that IAF does not have the infrastructure like parking place, maintenance facility to fly 126 Fighter aircraft is preposterous and goes against the grain of national security requirements,” he said.

Accusing Sitharaman of also lying on the non-disclosure of Rafale prices which she had agreed to publicly disclose in a Press conference last year, he said, “Let the Prime Minister and Defence Minister own accountability and submit to a JPC probe instead of lying to nation.”

Strategic analyst Nitin Gokhale, however, disagrees. “Any new induction of fighter or transport aircraft needs massive infrastructure back up. That expense is in-built in the total cost of acquisition. To that extent, what the Raksha Mantri says is true,” said Gokhale, who is also the editor in chief of sniwire.com.

“One should also look the past precedence, when the IAF first inducted just two squadrons of other fighter jets before adding numbers. So two Rafale squadrons are par for course,” he said.