In the first three months of 2018, 52 youths had joined terrorist outfits, but the figure has come down to 18 in the same period in 2019. 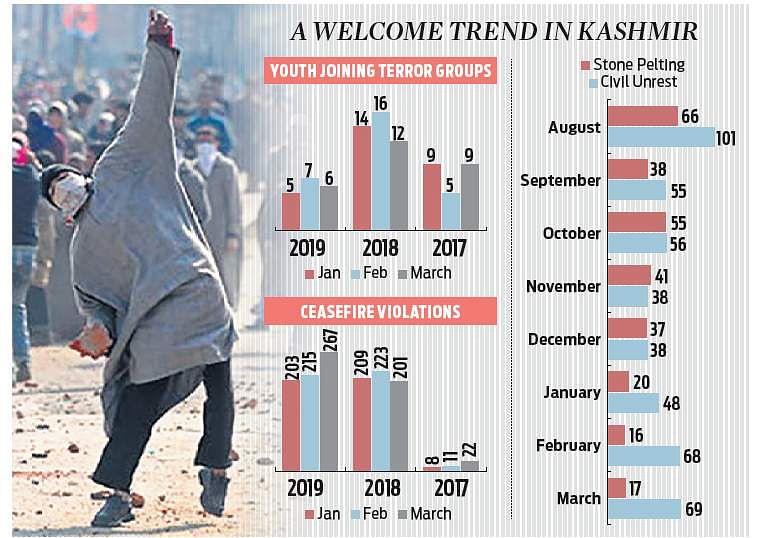 In the first three months of 2018, 52 youths had joined terrorist outfits, but the figure has come down to 18 in the same period in 2019. This number was 23 in 2017. The other indicator which hints at amelioration of the ground situation is declining incidents of stone pelting by crowds when the security forces carry out anti-terrorist operations.

A senior army officer privy to report said, “The intensity of stone pelting during operations against terrorists has seen a decline, but incidents of civil unrest have increased.”This year, until April 18, the security forces eliminated 68 terrorists. In March alone, 21 terrorists were killed, of which 11 belonged to Jaish-e-Muhammad, five to Lashkar-e-Taiba and five to Hizbul Mujahideen.

Now we are on Telegram too. Follow us for updates
TAGS
Jammu and Kashmir militancy stone pelting