CHANDIGARH: According to a report by the ministry of road transport and highways, 13 people die daily in Punjab due to over-speeding. It is also the leading cause of deaths as 2,540 people died out of a total of 4,725 death in road accidents in 2018. 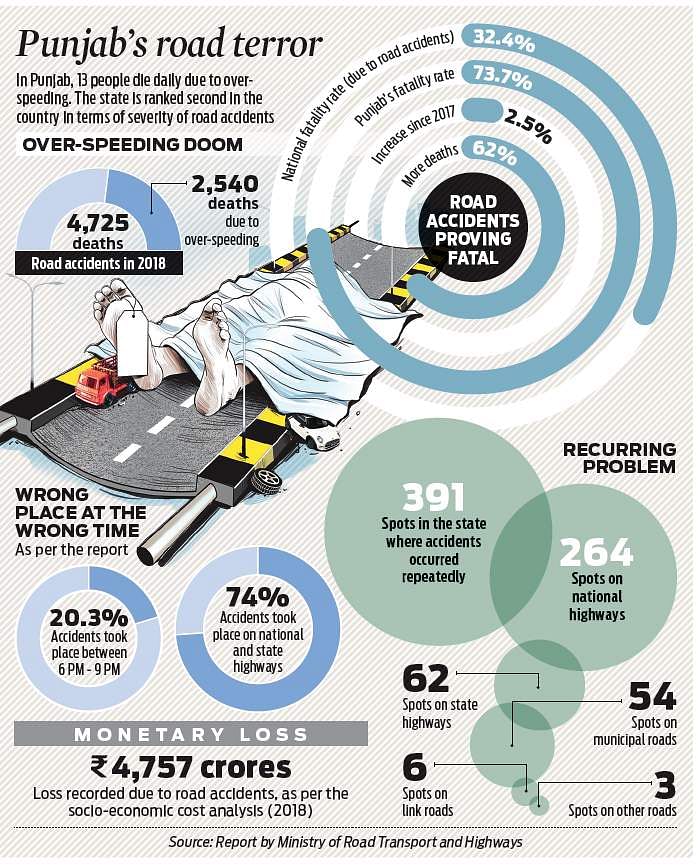