The survivors are being provided with food and first aid, all of them are reported to be healthy. added the Coast Guards.

The operation began on December 3, after Maritime Rescue Coordination Centre, Mumbai received a message from Tamil Nadu Fisheries authority Kolachel intimating about the distress of 50 stranded Fishing Boats at distance of 250 Nautical Miles West of Goa.

The Coast Guards in its communique said "As a result, Indian Merchant Vessel Navdhenu Purna rescued 86 fishermen from 07 IFBs and a Japanese flag vessel MV Towada rescued around 34 fishermen from the distressed fishing boats. Soon on request from Indian Coast Guard, Maritime Rescue Coordination Centre, five more merchant vessels joined the rescue operation and till the time of preparing this report 264 fishermen had been rescued." 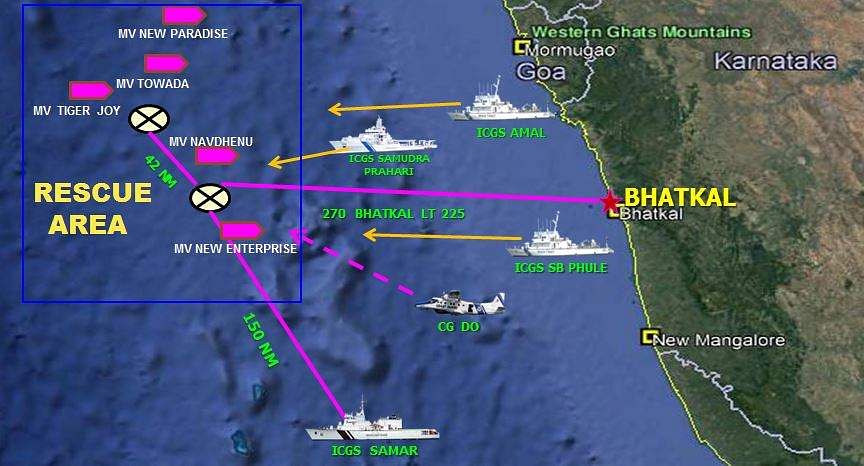 The survivors were with food and first aid, all of them are reported to be healthy, added the Coast Guards.

The Coast Guard's Maritime Rescue Centre had immediately activated the International Safety Net, a total of seven Merchant Vessels transiting through the area responded and were requested to provide assistance to the distressed fishing boats in vicinity till arrival of ICG ships in area. 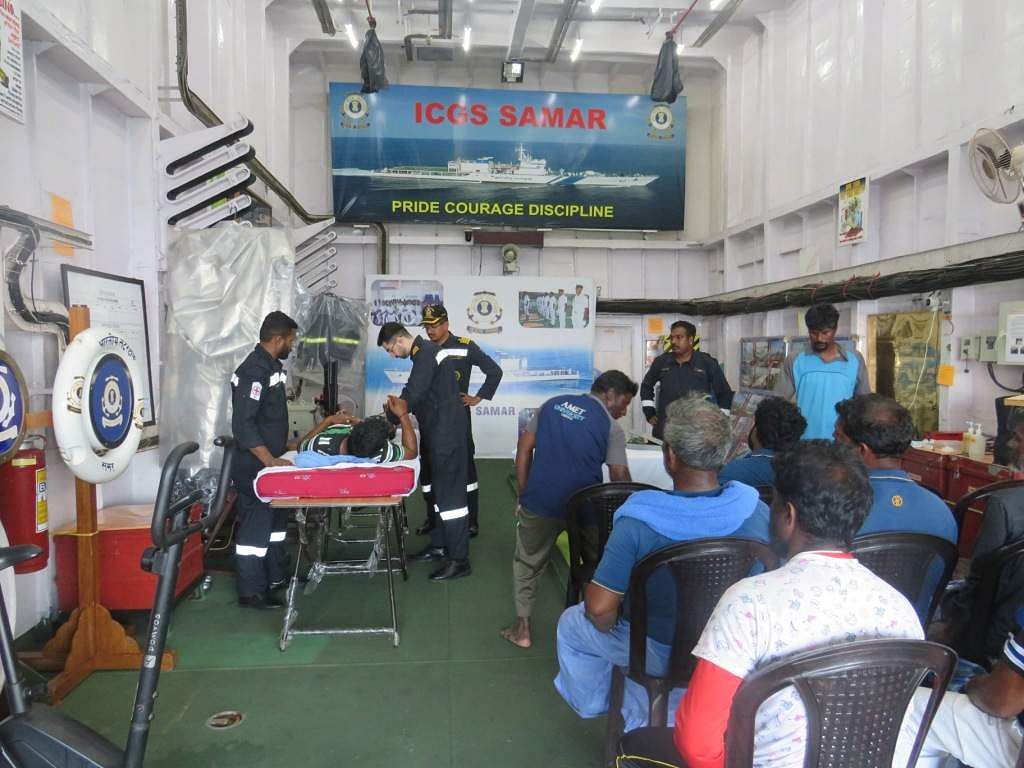 Eight Coast Guard ships have been tasked and three Dornier have flown during the day. The Maritime Safety Information through International SafetyNET and NAVTEX is being continuously updated to the merchantmen transiting the area.

It all started on November 30 when Operation Centre located at Mumbai while monitoring the weather at sea issued rough weather warning at sea off central/ southeastern Arabian sea to all stakeholders and initiated actions as per its Standard Operating Procedure which include issuance of advisories to concerned Coastal States and other stakeholders.

Now we are on Telegram too. Follow us for updates
TAGS
fishermen rescued Indian fishermen Arabian sea coastguard