The Apex Court bench also directed that no other courts should entertain any plea pertaining to the case.

A bench headed by Chief Justice of India S A Bobde also asked the commission to complete probe within six months and file report before the court. Other two members of the inquiry commission are former Bombay HC judge Rekha Baldota and former CBI Director D R Karthikeyan.

In a specific directive, the bench stayed all proceedings initiated by Telangana High Court and NHRC into Hyderabad encounter killing and directed that no other courts should entertain any plea pertaining to the case. 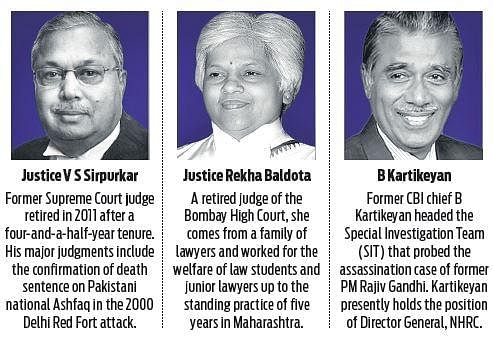 During the brief hearing, senior advocate Mukul Rohtagi told the court that there is no doubt about the identity of the four accused rapists and CCTV cameras recorded them, one riding the lady doctor's scooty, another buying petrol to burn her.

He also told the bench that the accused snatched guns from two cops, fired and they got killed in a retaliatory fire and all records are intact to show this and that inquiry is on.

At this, CJI said, “There should be an inquiry into the encounter. Let there be an impartial inquiry. There are aspects of the state government's version which require an inquiry.”

However, state government was reluctant for the inquiry and said a parallel inquiry will be against the mandate of the law.

This prompted CJI to ask state government: Are you prosecuting the policemen?

Government: No, there is no reason to prosecute them at this moment.

CJI responded, “The trial against accused in this case is of no consequence since all four are dead now. They can't present their case at all. It will only be policemen giving their evidence. Be more fair...the trial will end up being a mockery.”

The court was hearing a petition filed by advocate GS Mani and Pradeep Kumar Yadav. It claimed that the encounter was done deliberately to turn public attention away from the police's inability to prevent such crimes against women.

More from Nation.
Now we are on Telegram too. Follow us for updates
TAGS
Hyderabad encounter Supreme Court Hyderabad vet rape murder