Are lawyers really exempted from paying at toll plazas? Here's the truth!

If you are one among those who thought the information in the letter is authentic, then you are wrong.

Recently a letter did rounds on WhatsApp claiming that the Ministry of Road Transport and Highways had exempted lawyers across India from paying toll charges.

A copy of the letter which is dated December 3, is addressed to Advocate Ravi Gowda, has allegedly been issued by Sanket Bhondve, IAS Officer and Private Secretary to Minister of Road Transport and Highways. 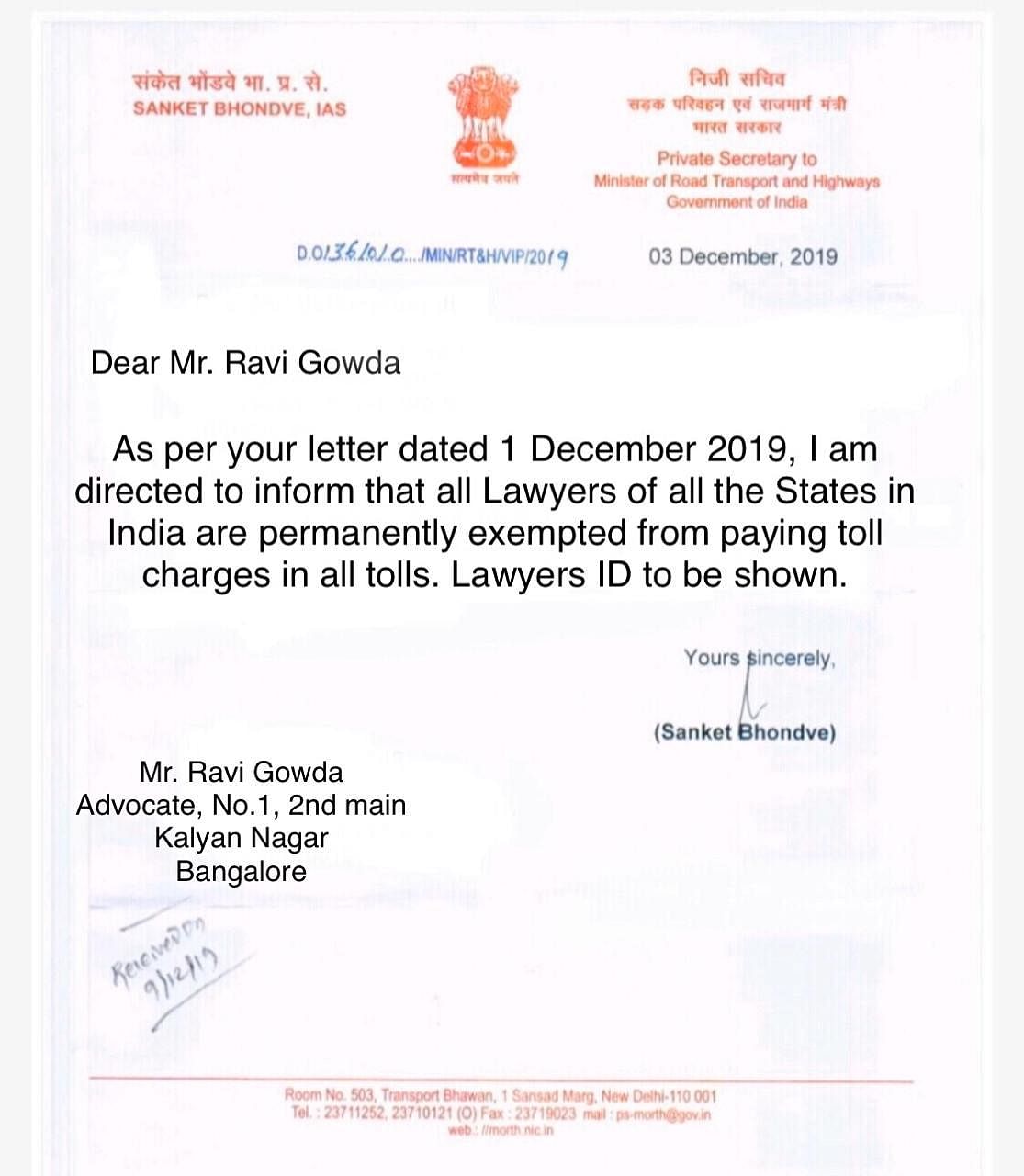 “As per your letter dated 1 December 2019, I am directed to inform that all lawyers of all the states in India are permanently exempted from paying toll charges in all tolls. Lawyers ID to be shown,” the letter reads.

If you are one among those who thought the information in the letter is authentic, then you are wrong. Remember, not everything that is shared on Whatsapp is true!

Here is the truth:

On December 11, Wednesday, the National Highways Authority of India issued a clarification stating that "advocates are not exempted from paying user fee (Toll) in NH Fee plazas."

NHAI clarifies that the user fee collection on National Highways is governed by NH fee rules. As per these rules, Advocates are not exempted from paying user fee (Toll) in NH Fee plazas. @MORTHIndia @MORTHRoadSafety @ihmcl_official

The Press Information Bureau has also put out a tweet saying that the letter addressed to advocate Ravi Gowda is fake.

Claim: A Letter is being circulated on Social Media, stating that all Lawyers in India are exempted from paying Toll Fees

Reality: #NHAI has clarified that as per NH fee rules lawyers are not exempted from paying Toll Fees

More from Nation.
Now we are on Telegram too. Follow us for updates
TAGS
Toll plaza Toll exemption Lawyers toll plaza