A German student, who took part in anti-CAA protests here last week, has left India after Bureau of Immigration authorities asked him to leave.

NEW DELHI: Senior Congress leader and former Union minister P Chidambaram on Tuesday said the incident involving a German student participating in the anti-CAA protest was a reminder of the dark chapter in world history and the student deserves gratitude.

"The German is reminding us of a dark chapter in the world's history so that we may not repeat that in India. The student deserves our gratitude. Where is the Director of IIT? Where is the Chairman? Let us hear from both of them. Where are the other students of IIT? They should protest the reported expulsion of a German student," he asked on Twitter.

The German is reminding us of a dark chapter in the world's history so that we may not repeat that in India. The student deserves our gratitude

A German student, who took part in anti-CAA protests here last week, has left India after Bureau of Immigration authorities asked him to leave since his participation in demonstrations over domestic issues allegedly violated visa regulations. 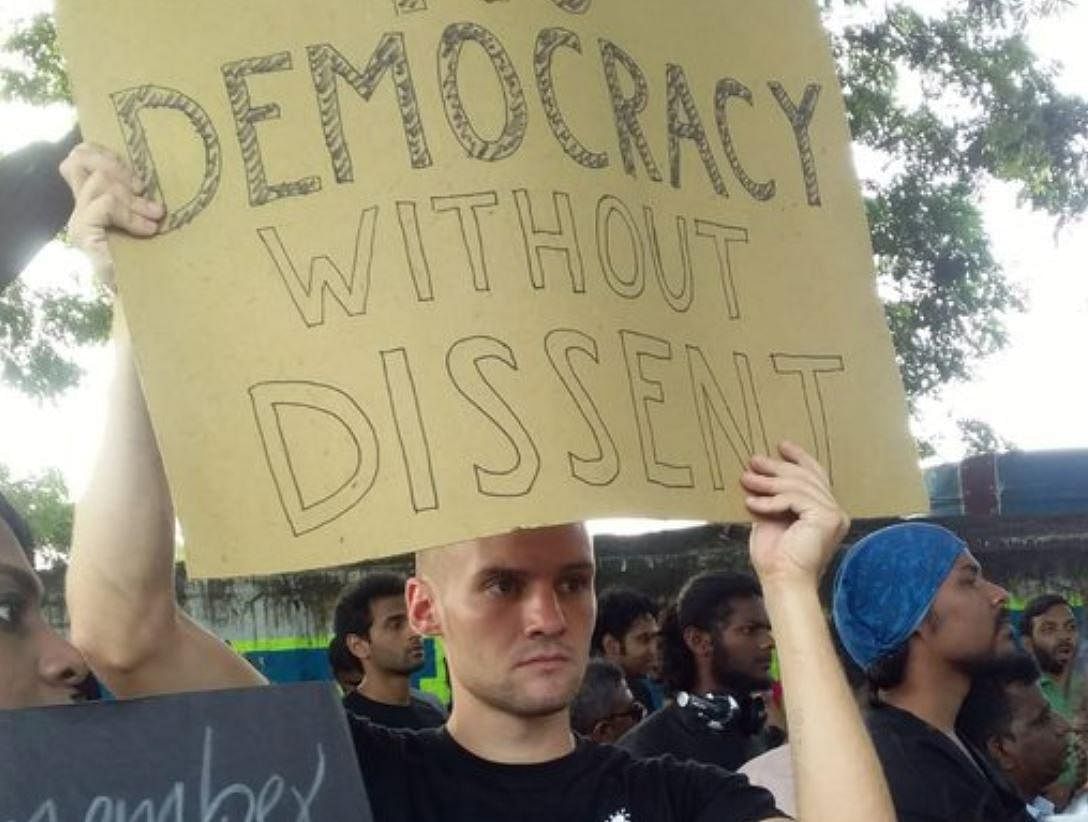 Jakob Lindenthal, who was here on an exchange programme, was attached to the Physics Department of the IIT Madras and he left the country on Monday night, sources at the institute said.

Holding a placard that had an indirect reference to the Nazi persecution of Jews in Germany between 1933-45 during Hitler's regime, he had told co-participants at a protest here last week that small measures against Jews had not attracted much attention initially.

In another tweet, Chidambaram said, "Keeping out gold medalist Rabeeha Abdurehim from the Convocation of Pondicherry University was an outrageous assault on her rights. Who was the officer who took the student out and refused her entry? The officer violated the civil rights of the student and must be held liable."

Rabeeha Abdurehim, who hails from Kerala and had done her Masters course in Mass Communication, alleged that she was prevented from attending the convocation ceremony on Monday at which President Ram Nath Kovind was the chief guest.

She also refused to accept the gold medal to express solidarity with students protesting the Citizenship Amendment Act.

Now we are on Telegram too. Follow us for updates
TAGS
anti-CAA protest P Chidambaram