Prior to the inauguration, the PM addressed a gathering of about 10,000 ex-servicemen at the National Stadium.

Prior to the inauguration, the PM addressed a gathering of about 10,000 ex-servicemen at the National Stadium. He said the armed forces and national security suffered due to criminal negligence before his government came to power in 2014. Modi said the previous dispensation put “the family first”, while for him it was India first.

Referring to the long delay in the construction of the memorial, the PM said the delay by previous governments in construction of national war memorial was an injustice to families of fallen soldiers. The Prime Minister said crucial decisions related to defence procurement and strengthening the armed forces were pending but his government cleared them on a priority basis.

He announced that three super-specialty hospitals for ex-servicemen will be set up. PM mentioned the Rafale deal and said attempts were being made to stall the arrival of the fighter aircraft. He said, “We are carrying out reforms in defence procurement.”

Defence Minister Nirmala Sitharaman said a sum of D10,795.4 crore has been disbursed to family pensioners as arrears pension on account of the implementation of the OROP 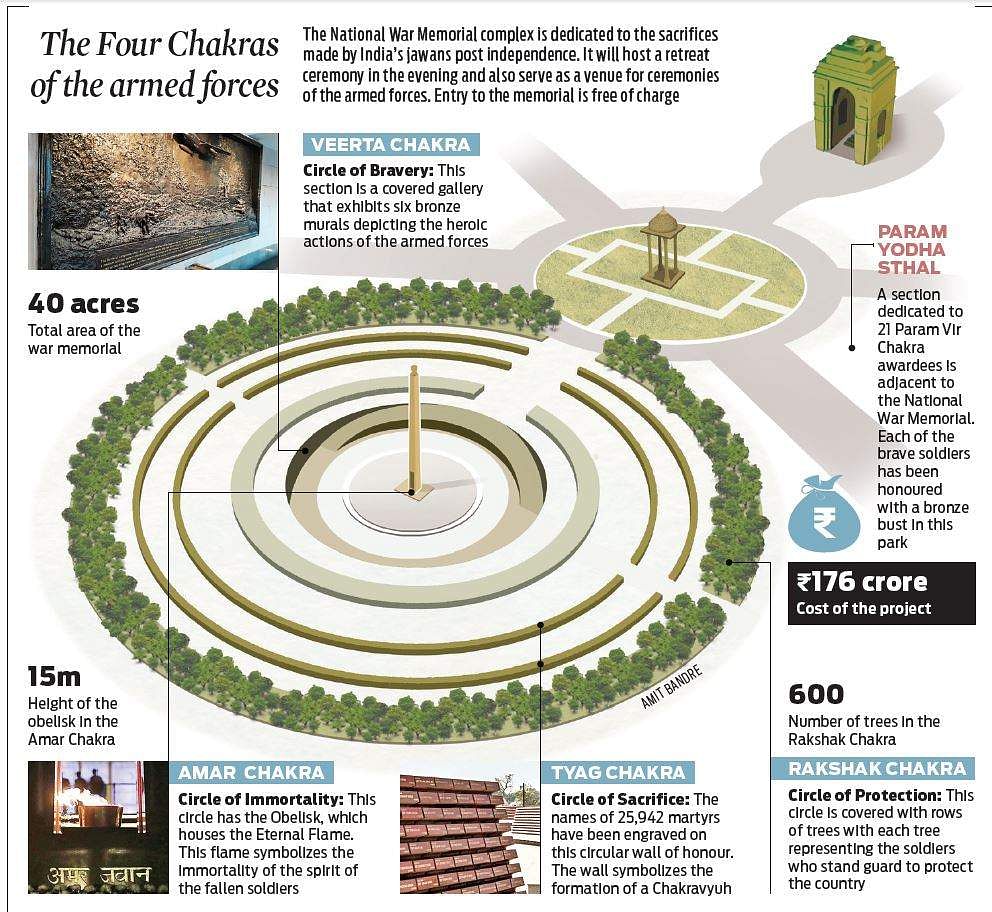 Stay up to date on all the latest Nation news with The New Indian Express App. Download now
(Get the news that matters from New Indian Express on WhatsApp. Click this link and hit 'Click to Subscribe'. Follow the instructions after that.)
TAGS
National War Memorial India Gate Modi