The Governor administration in Jammu and Kashmir has approved Srinagar Master Plan-2035. It has been prepared for a population of around 3.5 million (35 lakh) by 2035.

The Governor administration in Jammu and Kashmir has approved Srinagar Master Plan-2035. It has been prepared for a population of around 3.5 million (35 lakh) by 2035. The Master Plan 2035 is a comprehensive planning exercise for ensuring sustainable development of the Srinagar Metropolitan Area spread over 766 sq. km. This is the third statutory planning exercise carried out in last 45 years to achieve the city’s sustainable and sustained physical and economic growth. 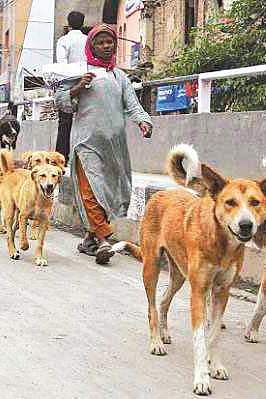 The death toll due to swine flu in Kashmir has risen to 25. An official said three patients, who had tested positive and were admitted at Sher-i-Kashmir Institute of Medical Sciences (SKIMS), Soura, died last week. Of the 25 deaths, 23 took place at SKIMS and two at SMHS hospital in Srinagar. An official said since September 2018, 1,500 people have tested for swine flu in the Valley and of them, 346 were found positive. At present, however, only six swine flu patients are admitted. The seasons’ first swine flu death was reported at SKIMS in first week of October. In Kashmir, 30 swine flu deaths were reported between October 2017 and February 2018.

The Jammu and Kashmir High Court has directed the Srinagar Municipal Corporation (SMC) to appraise the court about the measures taken to check stray dog menace in the city. The court was hearing a PIL. The dog population in Srinagar is said to be between 50,000 to 1 lakh. After a rise in dog bite cases, SMC had issued advisory and asked people not to run away or scream. “Stand still and cross your arms over the chest and look away from the dog. Don’t panic and let the animal sniff around you, it will quickly become disinterested and move on,” read the advisory.

The first-of-its-kind 24x7 help desk has been set up for abandoned babies at Lal Ded maternity hospital at Srinagar. The help desk was launched by Integrated Child Protection Society, Jammu and Kashmir Social Welfare Department for abandoned, unwanted, shelter less babies at premier maternity hospital of the Valley. This help desk would be the lifeline for abandoned/unwanted babies, who usually end up in insecure, unprotected and shelter-less places. It is an opportunity to rehabilitate these babies into our society as soon as possible.

Our correspondent in Jammu and Kashmir