The Mizo National Front chief who debuted on Twitter last month has taken the social media platform by storm, sharing some pictures from yesteryear.

GUWAHATI: When a “freedom fighter militant” turns chief minister of a state, his past only accentuates his peace-make image.

Mizoram CM Zoramthanga’s gun-wielding images on his Twitter account tell the success story not only of the man but also his state – how its people grappled with “Mautam” (bamboo flowering) and militancy for years and courageously strode from violence to peace and progress.

Zoramthanga, the chief of Mizo National Front (MNF) who debuted on Twitter last month, has taken the social media platform by storm, sharing some pictures from yesteryear.

In one of the photos, the erstwhile rebel leader is seen in battle fatigues holding a gun. In another, he is seen wearing an overcoat and standing somewhere in China in 1970. 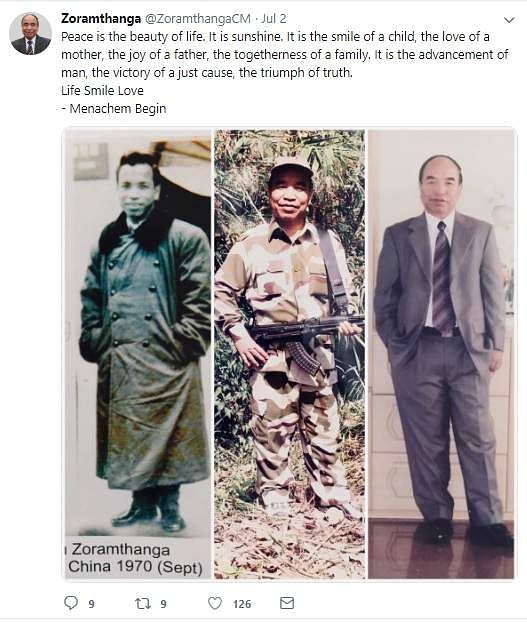 “Peace is the beauty of life. It is sunshine. It is the smile of a child, the love of a mother, the joy of a father, the togetherness of a family. It is the advancement of man, the victory of a just cause, the triumph of truth. Life Smile Love - Menachem Begin,” he captioned the photos.

He also wrote, “Today (June 30) marks the 33rd year of the signing of the historic Mizoram Peace Accord. This time-tested tranquility we enjoy can only be attributed to God's grace and the commitment of Mizos to preserve it. Let Mizos count our blessings and ceaselessly pray so that peace and harmony endure”. 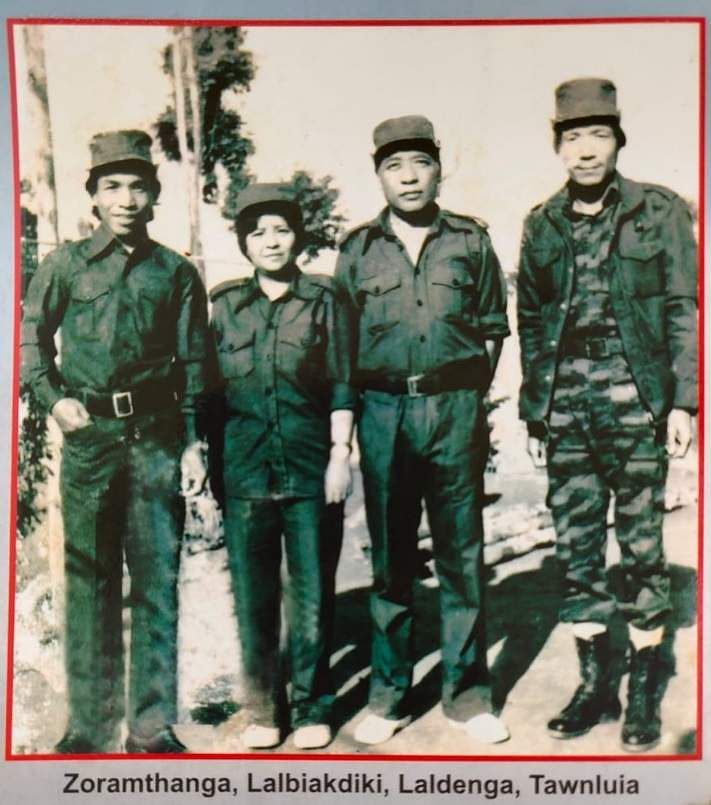 Mizoram attained statehood in 1987 but to achieve it, the Mizos had to fight for three decades and spill their blood. On March 1, 1966, the MNF had declared independence and after 30 years of an armed struggle with Government of India, the Mizo Peace Accord was signed on June 30, 1986.

Zoramthanga was the second in command to Laldenga, the pioneering leader of Mizo insurgency movement. Laldenga engaged Zoramthanga as his secretary and the latter held the post for seven years. In 1979, Zoramthanga went on to don the MNF vice chief’s mantle. After Mizoram attained statehood, he was made a minister in the state’s interim government.

When Laldenga died in 1990, Zoramthanga was entrusted with the task of heading the MNF. The party won the 1998, 2003 and 2018 elections with Zoramthanga being appointed the CM on all three occasions.