The cost of the project will be equally shared by the Punjab government and the Chandigarh administration.

City students in the running for research fellowship
Two students of Center for Biomedical Engineering, IIT Ropar, Shubhangi Nema and  Ekta Gupta pursuing MTech have been selected for the prestigious Prime Minister Research Fellowship. The selection process involves sending abstracts on topics related to science and technology with focus on national priorities first after which a written test and interview is conducted for selection. 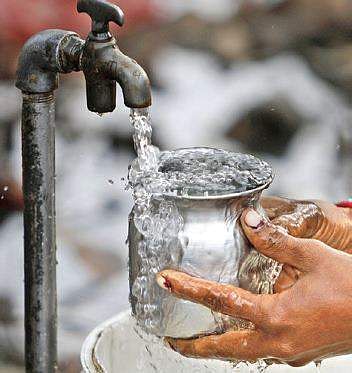 The cost of the project will be equally shared by the Punjab government and the Chandigarh administration. The Chandigarh India International Centre, proposed to be developed adjacent to the Beant Singh memorial, will encompass the Media Centre, whose structure is ready, and the existing library and the conference halls.

Water bill to go up after sewerage cess
The Chandigarh Administration has issued a notification allowing the Chandigarh Municipal Corporation to levy sewerage cess at the rate of 30 per cent of the total water consumption for which the water bills of the city residents will go up by 15 per cent.  Now, the average bill which comes around D900 will go up to D1,040. The water bills comes by-monthly and the sewerage cess is at present linked to the number of toilet seats per household.

From the next billing circle this decision by the administration will affect 1.8 lakh domestic and commercial consumers. Car washing stations will also have to install shallow tubewells within two months otherwise a fine of D2 lakh will be administered. A further fine of D5,000 per-day will be administered on failure to meet the guidelines.  The general house of the municipal corporation in June last year had approved the cess.

New time frame for various CHB services
The Chandigarh Housing Board (CHB) has fixed a time frame for various services. The issuance of a no-objection certificate (NOC) for the transfer of lease rights along with the mutation of property on the basis of a sale deed will now take only 20 days. The issuance of a no-dues certificate and lump sum payment certificate will take 15 day each and issue of an interest component certificate will also take the same time. While the conversion of leasehold units into freehold will take a month, the issuance of duplicate copies of the allotment letter, possession slip and physical possession will take 30 days.