This will be the first interaction of Shah with a foreign leader after assuming charge as the country's home minister nearly two months ago. 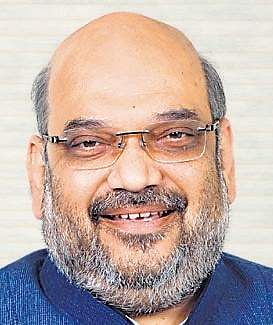 The timing of the meeting assumes much significance as by July 31, Assam is scheduled to publish its National Register of Citizens which is aimed at identifying illegal migrants, most of them suspected to be Bangladeshis.

Fifteen Rohingyas, including women, have been stranded on the India-Bangladesh border in Tripura since Thursday as the Border Guards Bangladesh (BGB) refused to recognise them after they were prevented from entering India by the BSF.

The BSF claimed the Rohingyas were in possession of items supplied by international aid agencies and this established they had come from a refugee camp in Bangladesh. However, the BGB refused to recognise them.

The BSF and the BGB were locked in a similar standoff in Tripura last year.