A terrorist of banned Hizbul Mujahideen, along with accomplices, was planning to target the police and security forces by planting improvised explosive device (IED) in the area.

SRI NAGAR: Two days after a car bomb attack on the army’s armoured vehicle killed two soldiers and injured four others, the police on Wednesday foiled a major Improvised Explosive Device (IED) attack on troops by arresting five associates of Hizbul Mujahideen militants. They also recovered a sophisticated IED from their possession.

A police spokesman said based on specific input, police arrested the five from Shopian in south Kashmir. Those arrested were identified as Aqib Nazir Rathar, Amir Majeed Wani, Sameer Ahmed Bhat, Faisal Farooq Ahanger and Rayees Ahmed Ganai, all residents of Shopian. The police spokesman said during questioning, those arrested revealed that they along with Hizbul militants were planning to target police and security forces.

“They were planning an IED attack on security forces to inflict casualties,” he said.J&K Governor Satya Pal Malik on Wednesday said militants were carrying out odd attacks on the security forces at the behest of their handlers across the border as they have lost the battle.

The governor asserted that the recruitment of militants had stopped, while stone-pelting incidents after Friday prayers had also ended. 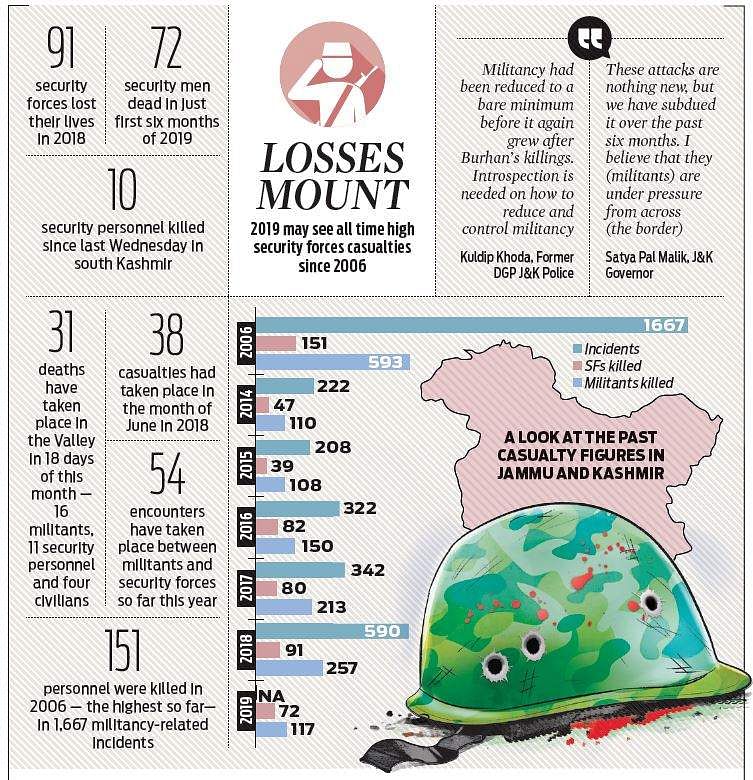 Now we are on Telegram too. Follow us for updates
TAGS
Jammu and Kashmir Blast attempt Shopian Hizbul Mujahideen