Only a few states like Andhra Pradesh, Chhattisgarh, Haryana, Kerala, MP and some others have been able to achieve the target of 15 per cent or less.

NEW DELHI: The rural development ministry has written to secretaries of various states asking them to update the maintenance system of the roads built under the Pradhan Mantri Gram Sadak Yojana (PMGSY).
The letter, written last week, comes after many states were found to be flouting the Niti Aayog recommendations. The Aayog had in 2018 suggested that no more than 15 per cent of roads built under PMGSY should return with unsatisfactory progress after inspections by concerned authorities.

“Our aim is not just to build roads but also to maintain them. Hence, we have written a letter to the states asking them to upgrade their maintenance of the roads. We hope that the Niti Aayog guidelines and recommendations would be followed now,” an official said.

Only a few states like Andhra Pradesh, Chhattisgarh, Haryana, Kerala, MP and some others have been able to achieve the target of 15 per cent or less. Unsatisfactory report of roads is highest in Arunachal and Mizoram. “The terrain of the Northeastern states is a major hindrance in the way of maintaining the roads. Also, there is lot more rain in these areas and maintaining roads is difficult,” the official said. 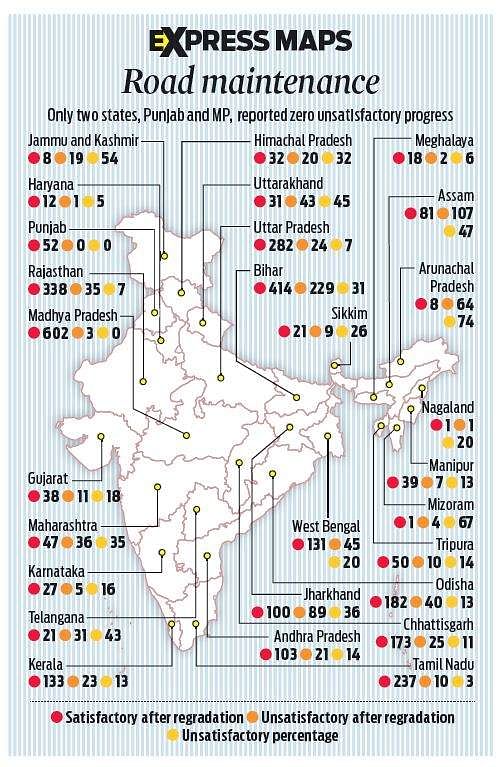 Now we are on Telegram too. Follow us for updates
TAGS
PMGSY Rural ministry