The underwhelming figures were collated from data submitted by some of the most ‘expensive’ private medical colleges themselves to the Union Human Resources Development Ministry’s NIRF.

NEW DELHI: Most MBBS students passing out of deemed medical institutions, which charge over Rs 1 crore for the five-year course, end up getting salary packages of less than Rs 50,000 a month when they complete their course and opt to join hospitals to begin practice.

The underwhelming figures were collated from data submitted by some of the most ‘expensive’ private medical colleges themselves to the Union Human Resources Development Ministry’s National Institutional Ranking Framework (NIRF) so as to get themselves ranked.

The data suggests that except for two deemed medical colleges, which ranked among the top 25 medical colleges in India, the average salary package offered to MBBS grads from other private medical institutions was less than Rs 6 lakh a year.

Since the latest NIRF ranking of medical colleges was issued in April last, the data submitted by the institutions themselves would have been prior to that.

Poor salary packages offered to young doctors from private medical colleges are a reflection of the perception that the quality of medical education in these institutions is not at par with most government medical colleges, said a teacher in the prestigious All India Institute of Medical Sciences, New Delhi, the best rated medical college in India. 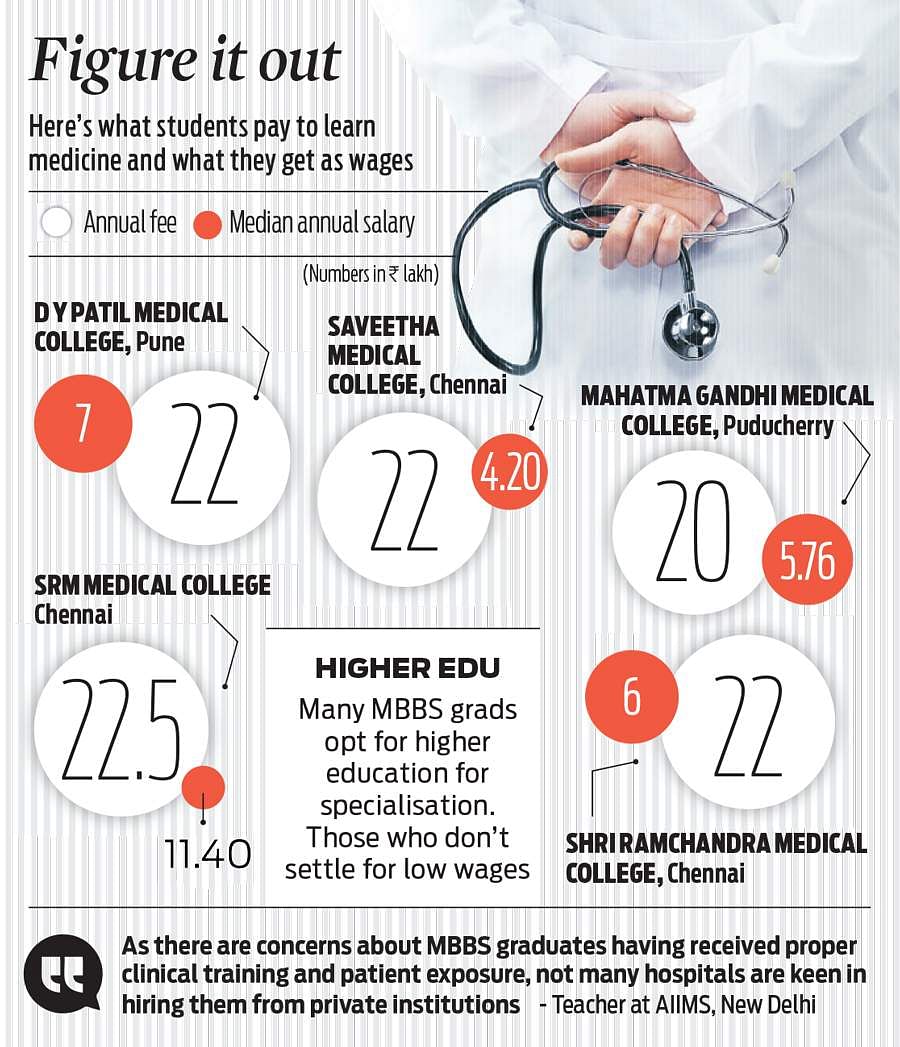