Thousands flocked to the bank of river Brahmaputra during the Brahmaputra Pushkar & Sanskritik Mahotsav, which concluded on Saturday.

Thousands flocked to the bank of river Brahmaputra during the Brahmaputra Pushkar & Sanskritik Mahotsav, which concluded on Saturday. It was organised by Purva Tirupathi Sri Balaji Samiti, Guwahati in collaboration with Sri Mahalakshmi Charitable Trust, Chennai. “The Brahmaputra is our culture, civilisation and strength,” Chief Minister Sarbananda Sonowal said after inaugurating the festival. Later, he tweeted, “The great river has nourished us from time immemorial. I prayed for peace and progress of all.” BJP national general secretary Ram Madhav also performed a puja. 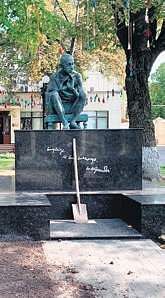 City naval officer picked for embassy
City denizens are basking in the glory of Lieutenant Commander Karabi Gogoi who has been selected as assistant naval attache at the Moscow Embassy. According to official sources, a board of senior naval officers selected Gogoi following an interview process. Commissioned in 2010, she is currently posted at the Navy’s Karwar base. Her husband is also a Naval officer. Gogoi is the second woman officer to be entrusted a diplomatic assignment after Wing Commander Anjali Singh. Singh is the Deputy Air Attache in the Indian mission in Moscow.

Researchers at Indian Institute of Technology, Guwahati have developed a paper-based sensor that can assess the freshness of milk by a simple method.
The quality and freshness of milk is decided by the invasion and presence of microbes in the milk. Bacteria and other microbes that can grow in milk can not only affect the taste and freshness but can also result in health issues. Pasteurization is commonly used to kill the microbes and various tests are used to ensure its effectiveness. The researchers have developed a simple visual technique to detect the quality of milk, without the need for special equipment. Their work has been published in the journal, ‘Biosensors and Bioelectronics’.

The National Investigation Agency (NIA) filed a chargesheet against eight people in connection with May 15 grenade blast at Zoo Road in the city. The explosion, triggered by the Paresh Baruah faction of insurgent group United Liberation Front of Assam (ULFA), had left a dozen people injured, mostly security personnel. During an investigation, the NIA found that ULFA rebel Pappu Koch Bokoliyal aka Bijoy Asom aka Anvi and Chinmoy Lahkar had executed the plan. Pappu had lobbed the grenade from a motorcycle which Chinmoy was riding. ULFA “commander-in-chief” Paresh Baruah
had claimed responsibility for the blast but expressed regrets for injuries caused to some civilians.

Putin critic 'could die at any moment': Navalny's doctor

Is it not time to declare health emergency: Veerappa Moily on COVID-19 situation